Singing From The Soul, This Guy Will Leave You Speechless With His ‘Devil In The Bottle’ Cover 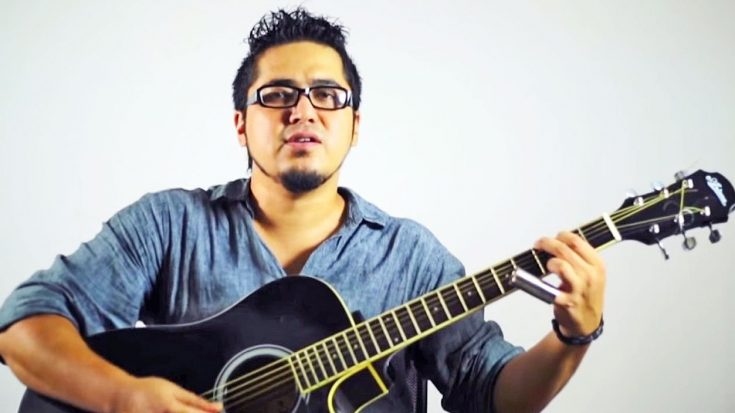 One of those new tracks was “Devil in the Bottle,” which was written by Mike Estes, Dale Krantz-Rossington, Gary Rossington, and Johnny Van Zant. It’s been a fan favorite ever since, prompting some fans to pick up a guitar and record themselves putting their own spin on the tune.

Singer-songwriter and composer Sash Hendrix is one of those people. Hendrix has a fairly active YouTube account on which he shares covers of songs we all know and love. Just a sample of the songs he’s covered include “Pride and Joy” by Stevie Ray Vaughan and Creedance Clearwater Revival‘s “Proud Mary.”

But on June 9, 2015, Hendrix decided to cover our favorite Southern rock band. With an acoustic guitar in hand, Hendrix took a seat in front of a plain white background so that his audience would have nothing else to focus on but him. However, let’s be honest, even if Hendrix was standing in a cluttered room while singing “Devil in the Bottle” your eyes would be instantly drawn to him.

Hendrix sings and plays straight from the soul in his performance, which sounds like a mix of blues, country, and of course, rock. He puts emphasis on all the right words and knows how to play with his voice to give his performance an extra edge.

Plus, we can’t ignore Hendrix’s guitar playing, which he showcases entirely on its own closer to the end of the video. By the time you do get to the end, you’ll want to go back to the beginning and watch it all over again, it’s that good!

Check out Hendrix’s cover of “Devil in the Bottle” below, and if you like what you see, visit his SoundCloud here.