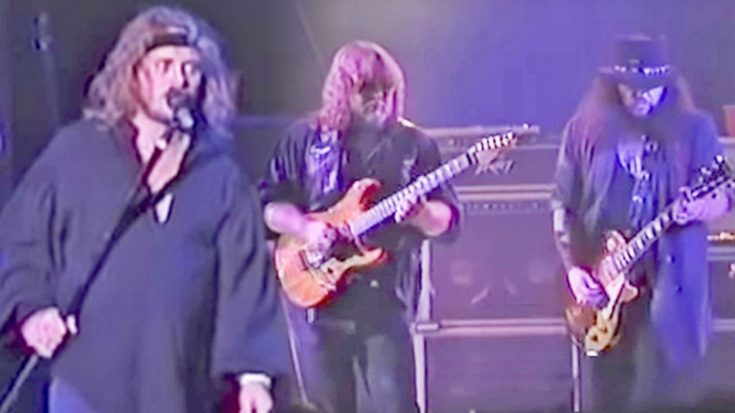 Random Stuff I Find on VHS/YouTube

When Lynyrd Skynyrd reunited in 1987, they not only performed new music created, but a majority of their material was music the band released between 1972-1977. Even in the following years, this statement was true.

While on their Last Rebel Tour in 1992, lead singer Johnny Van Zant introduced a song that hit very close to home for him and many of the touring band members.

The song was included on Skynyrd’s 1977 album Street Survivors, which was released just days before the tragic plane crash that took the lives of three Lynyrd Skynyrd band members, and more.

It’s been said that Ronnie Van Zant wrote the song because he was seeing what drugs and alcohol were doing to him and his bandmates. One night, founding member and guitarist Gary Rossington was so messed up, he crashed his brand new car into an oak tree, which inspired the song’s opening lyrics, “Whiskey bottles, and brand new cars/Oak tree you’re in my way.“

Ronnie wanted to write a morbid song as a warning to himself and those closest to him. “The smell of death surrounds you,” he wrote in the song, alluding to the fact that if they continue to drink and use drugs as heavily as they were, they wouldn’t be around for very much longer.

The song packs a powerful punch and although it is a hard-rocking tune, it’s meaning will sit with you forever. Watch Skynyrd perform “That Smell” during The Last Rebel Tour in 1992 below.