Skynyrd Resists Change Through 2003 Performance Of “Call Me The Breeze” 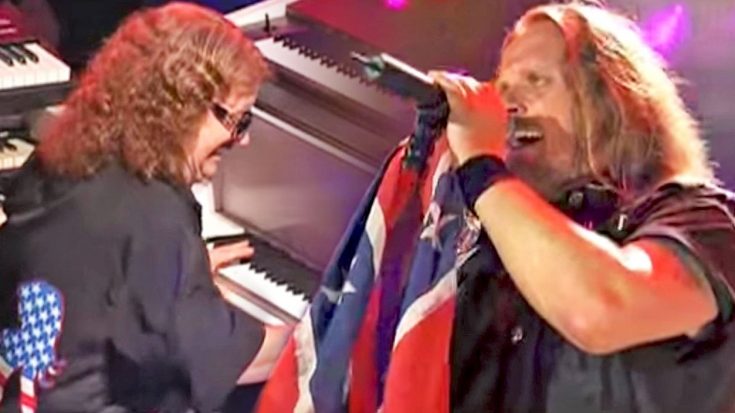 One Of Skynyrd’s Few (And Famous) Covers

Once upon a time, singer-songwriter J.J. Cale penned a little tune titled “Call Me the Breeze.” He released it in 1972 off of his album Naturally, and several artists picked it up afterwards.

One of those artists was a certain Southern rock band, who included their cover of the song on their second studio album.

That band was none other than Lynyrd Skynyrd. While Skynyrd is well-known for writing almost all of their own material, “Call Me the Breeze” was just too good for them to resist. They put their unique Southern rock spin on the song, and managed to make it entirely their own in the process.

'Second Helping' arrived today in 1974 with future @LynyrdSkynyrd fan favorites, an outstanding cover of "Call Me the Breeze" and, most importantly, "Sweet Home Alabama." https://t.co/3IBOXM5a4E

“Call Me the Breeze” was such a great fit for Skynyrd that it was as if Cale wrote it with them in mind.

Bringing The Breeze To The Stage

The song’s carefree lyrics about a vagabond kind of lifestyle and a resistance to change fit the vibe of Skynyrd’s other music:

“Well I got that green light baby.
I got to keep movin’ on.
Well I might go out to California.
Might go down to Georgia.
I don’t know.”

Today, Skynyrd’s name is the one that many people think of when they hear “Call Me the Breeze.” The song remains in their setlist at their concerts, including one show they performed at the Amsouth Amphitheatre in Nashville, Tennessee in 2003.

The crowd was fired up from the start of the song, and Skynyrd kept that intense energy going throughout the whole performance.

There’s just something about “Call Me the Breeze” that makes people feel invincible every time they hear it. You can feel that same sort of attitude coming from both the audience and Skynyrd themselves in their 2003 Nashville performance.

In “Call Me the Breeze,” Johnny Van Zant sings of how he needs to keep movin’ on, and that’s exactly what Skynyrd does in this performance. The fast-paced jam was electrifying from start to finish. You have to tune in to the video below to see the magic in action yourself.

Now that’s how you rock!