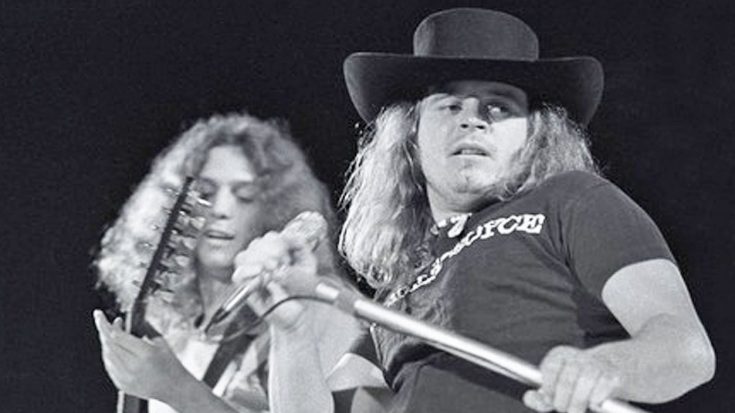 Love is a natural part of life, and as a result, so is heartbreak. While some relationships end in sadness, others end leaving one partner with a bit of resentment toward their former lover.

The song is told from the point of view of a man who was wronged by the woman he was seeing. After the woman cheated on him, the narrator is left feeling heartbroken and angry. He makes it clear exactly what he thinks about his former flame once he knows she’s a cheater:

“She don’t want my love for sure.
She don’t even want poor me,
Knockin’ on her front door.
Why did you make me love you sister,
When you knew you was untrue?”

The song takes on a much more mellow vibe than most of Skynyrd’s other music. This feeling seems appropriate for the song, since it’s also more melancholy than most of their other work.

By being more reserved with the instrumentals, Ronnie had the chance charge through the song with raw vocal power. The result was the equal parts heartbreaking and intimidating “Cheatin’ Woman.”

This is one tune that is too good to pass up. So what are you waiting for? Listen to an audio recording of “Cheatin’ Woman” below!