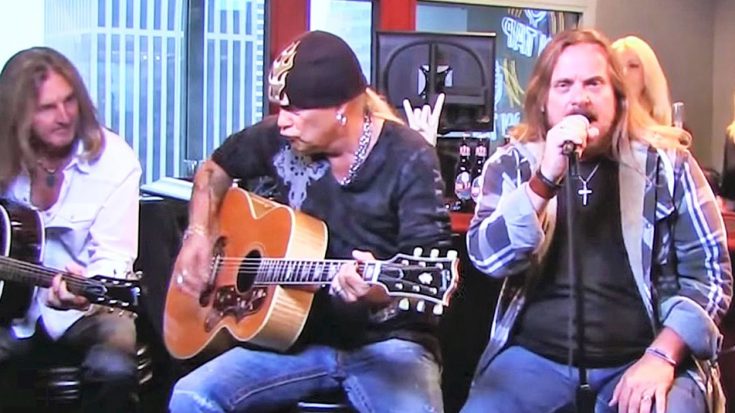 In general, the rock genre relies heavily on the hard-rocking sound of electric guitars. It’s a sound that Lynyrd Skynyrd has become well-known for, especially when it comes to their signature triple guitar attack.

But as any good musician knows, there’s also a great deal of power in going “unplugged.” This is something that Skynyrd recognized, which is why they took a leap of faith and released an acoustic album in 1994.

Called Endangered Species, the album was full of Skynyrd’s classics. Only this time, the songs were played with primarily acoustic instruments, resulting in a raw, stripped-down sound.

One of the classic tunes that Skynyrd remade for Endangered Species was “I Ain’t the One.” The song originally appeared on the band’s debut album in 1973, and seemed like the perfect candidate for the unplugged treatment.

But don’t ever ask us to pick our favorite version of “I Ain’t the One,” because we could never decide! You can go ahead and listen to the acoustic version below and reach your own conclusion though.

This track right here proves why Skynyrd is one of America’s finest bands. They’ve always had the ability to produce tunes worth jammin’ to, whether it be electric or acoustic. Now that should be music to your ears!