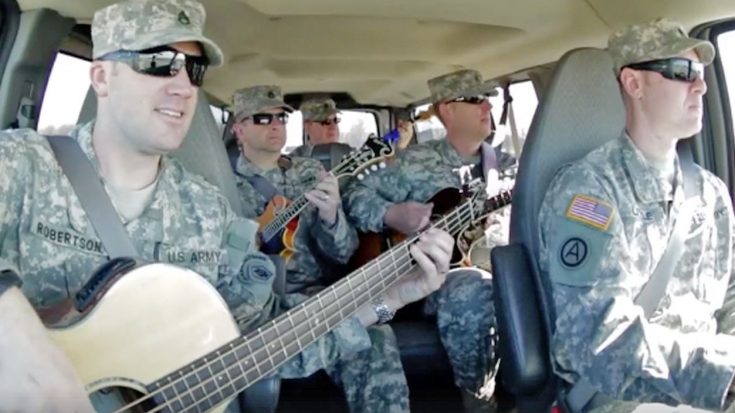 While on the road in Iowa, the insanely talented U.S. Army Field Band, the Six-String Soldiers, delivered an impromptu rendition of classic country song “Wagon Wheel.” Packed inside a van, the soldiers jammed out to the whimsical country song, scenes switching between the gorgeous southern landscape and back to the van.

The Six-String Soldiers are a four-member band performing in a variety of different genres who make time in between their busy schedules to perform in casual settings, venues ranging from intimate stages to music festivals across the United States. The band focuses on audience interaction aiming to shares their stories and experiences as soldiers in the U.S. Army through music.

“Wagon Wheel” was originally released by Bob Dylan and Ketch Secor of the Old Crow Medicine Show back in 1973. While the song has been covered a multitude of times, it was most famously recorded by Darius Rucker in 2013 who took the song to the top of the charts.

You can watch the Six-String Soldiers’ rendition of “Wagon Wheel” below.