Soldiers Pay Their Respects To The Fallen With Emotional ‘Battle Hymn’

By Jennifer Pernicano on May 24, 2017
Advertisement 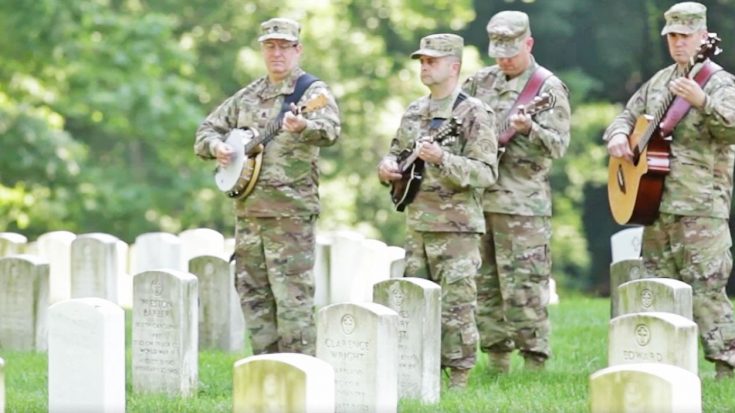 Thousands of men and women of the United States military sacrifice their lives every year in protection of the nation they love so dearly. Honoring their fallen comrades, the Six-String Soldiers visited a war memorial to pay their respects to those who have paid the ultimate sacrifice.

Delivering an acoustic performance of “The Battle Hymn of the Republic,” the soldiers pay an emotional tribute to the fallen. While they don’t say a word throughout the powerful video, so much is said through their silence.

“Battle Hymn” is a patriotic hymn written by American writer Julia Ward Howe. The song is often utilized at the funerals of members of the military who lost their lives on the frontline in service of their country.

The Volunteers have the privilege to cross paths with many heroes in our travels. We will never forget the security…

The Six-String Soldiers are an acoustic band who met while serving in the United States Army, shortly after forming a band with the hope of sharing their personal experiences they’ve had while serving their country.

We'll be joining our friends at Home & Family tomorrow! Be sure to tune in for a special Memorial Day tribute from…

You can watch the emotional performance below.