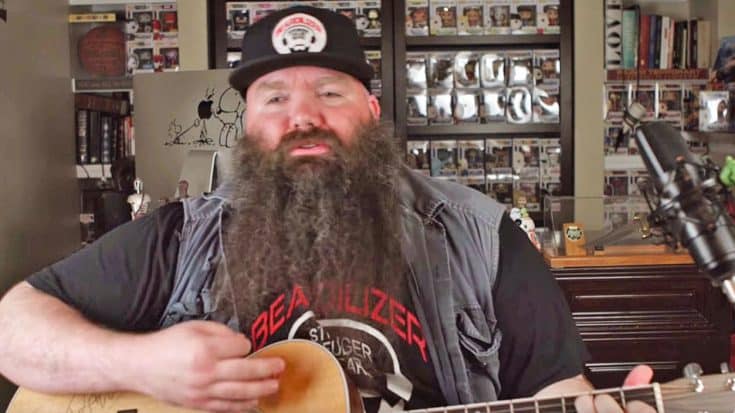 It’s such a challenge for fans of Lynyrd Skynyrd to name their favorite song by the group. You’ve got the musical masterpiece that is “Free Bird” and the mega hit “Sweet Home Alabama,” along with songs that have a complicated story such as “The Ballad of Curtis Loew.” But one of the songs that would undoubtedly come up in that list would have to be “Simple Man.”

As is the case with any popular song, many others have gone on to cover “Simple Man” over the years. Some are major artists themselves, while others entertain fans online with their video covers.

Born and raised in the South, it’s no surprise that Marty Ray is a fan of Skynyrd. For years Marty has entertained millions of fans with his covers of some of the greatest songs of all time, which range from rock, to country, to pop. He’s managed to generate a loyal following over the years, and we have a feeling Skynyrd fans will quickly jump on board when they hear his cover of “Simple Man.”

Staying true to the title of the song, Marty delivered a simple acoustic cover of the Skynyrd classic. The song lends itself well to an acoustic arrangement, and it really gives Marty’s unique voice the chance to shine. His voice has a raw, raspy quality to it reminiscent of Ronnie Van Zant, which adds to the song’s emotional power.

When some people cover songs, they simply sing them without committing to them. But Marty does the exact opposite. He fully commits himself to his performance of “Simple Man,” and you can see the passion on his face just as strong as you can hear it in his voice.

This is one cover you simply have to hear for yourself, and you can in the video below. When you’re done, be sure to check out Marty Ray’s official Facebook page here to check out more of his rockin’ covers.

We think Ronnie would be awfully proud, how about you?