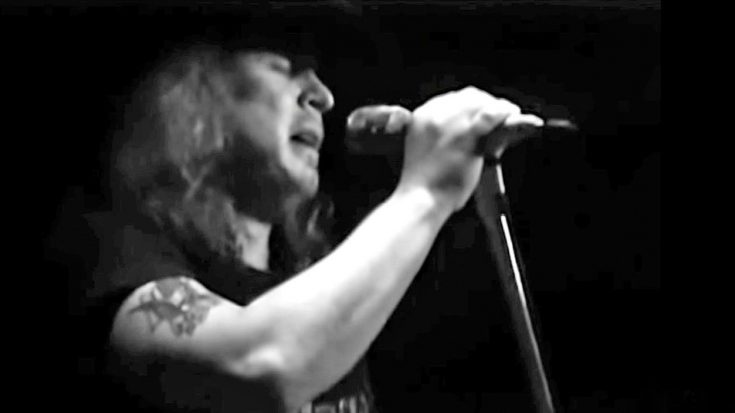 For the most part, Lynyrd Skynyrd sticks to writing their own songs. But once in a while, someone else records a tune that’s just too good for them to resist.

Such was the case with rock singer-songwriter and guitarist J.J. Cale’s “Call Me the Breeze.” Skynyrd recorded their version of the song for their sophomore album Second Helping, and it has become synonymous with the group ever since.

Another name that’s known for being attached to Skynyrd is the Winterland Ballroom in San Francisco, California. Many legendary artists walked the floor of that famed stage before it was demolished in 1985. Although Winterland may be gone, Skynyrd’s fans can remember the group’s 1975 and 1976 performances there through the footage captured on those days.

One clip from the band’s 1976 performance shows them blowing the roof off the house as they jammed out to “Call Me the Breeze.” While Skynyrd was unquestionably on fire that day, their performance is one that is sure to give you chills.

Skynyrd clearly brought their all to their performance, because it was an enthusiastic splendor from start to finish. Just when you get to thinking that the guitarists couldn’t rock any harder, or that Artimus Pyle couldn’t pound on those drums any louder, they do and he does.

The entire high-energy ordeal was kicked into overdrive thanks to lead singer Ronnie Van Zant and his fervent vocal performance. Of course, we didn’t expect anything less from Ronnie and the rest of the gang.

When it comes to Skynyrd’s throwback performances, this is one that we want to throw it back to again and again. We’re sure you’ll feel the same way once you check it out in the clip below!