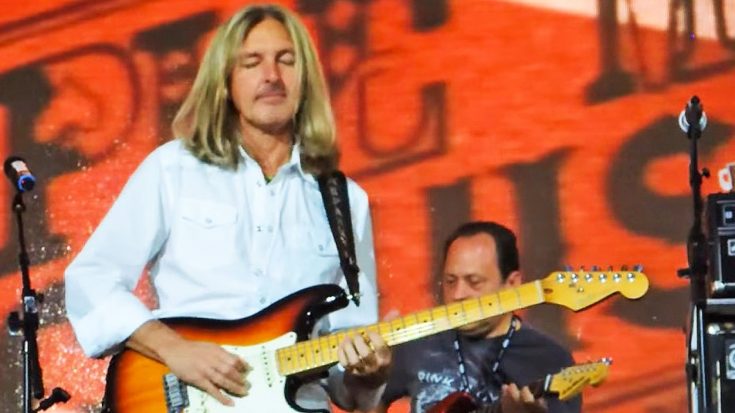 Meet One Of Southern Rock’s Finest

When it comes to guitar playing, Sparky Matejka is hard to beat. The Southern rocker got his start in the country music band Hot Apple Pie and also played for the Charlie Daniels Band and Sons of the Desert.

But today, Sparky is known as one of the three guitarists in Lynyrd Skynyrd.

Since joining the group in 2006, Sparky has earned endless praise from his bandmates. Founding member Gary Rossington even referred to Sparky in one interview as “one of the best guitar player’s I’ve ever seen.”

The Proof Is In The Pudding

Sparky proved that during the band’s Simple Man Cruise in 2012. Since so many Skynyrd fans want to learn how to play the band’s songs, Sparky agreed to host a guitar clinic for everyone on board.

The guitar clinic gave Sparky the chance to showcase his skills on one of Skynyrd’s classic tunes…the Steve Gaines-penned “I Know a Little.”

Words can’t even begin to describe the wickedness of Sparky’s talent. He absolutely shredded up that guitar on “I Know a Little,” proving that everything Gary said about him is true.

In a rare moment, Sparky also took to the mic to show off his singing chops. Seriously, is there anything this fella can’t do?

Enough talk. Drop everything and watch Sparky’s mind-blowing performance of “I Know a Little” in the clip below. This is what true talent looks like ladies and gents!