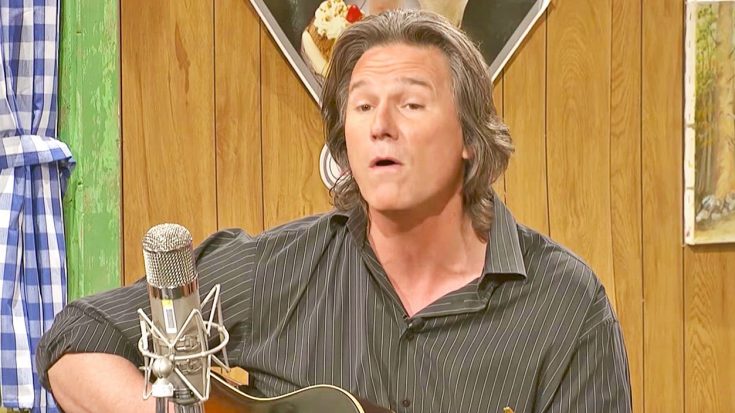 Country singer Billy Dean first found his claim to fame on the television competition series Star Search in 1988. He generated a great deal of attention during that time, and finished the show as the Male Vocalist winner of the season.

Following that, Dean kicked off his career with the release of his debut record, Young Man. While his first single failed to chart, his second and third singles both reached the third spot on the Billboard country chart.

According to his biography on AllMusic, Dean grew up listening to some of country music’s greatest, including Merle Haggard and Marty Robbins. Based on that information, you can bet that Dean has a great appreciation for songs recorded by country’s legendary artists.

Written by Richard Leigh and Layng Martine, Jr., “The Greatest Man I Never Knew” is told through the voice of a woman reflecting on her relationship with her father. She remembers her childhood and recalls how her father was always there, yet seemed emotionally absent.

Dean offered up a new perspective on the song when he performed it during an appearance on Larry’s Country Diner in 2017. After all of these years, we’ve grown used to hearing “The Greatest Man I Never Knew” through a woman’s voice. Dean’s rendition tells the story from a man’s point of view.

By hearing “The Greatest Man I Never Knew” from a male vocalist, the song’s story shows how a lack of parental affection can affect all children. It also shows the universal nature of the story, and how it sadly affects more people than we probably even realize.

On Dean’s part, he did a convincing job of telling the heartbreaking tale through his performance. His connection to the song’s story furthers the connection that others can feel when they watch him sing it.

Go ahead and tune in to the video below to see Dean’s rendition of “The Greatest Man I Never Knew.” It’s like hearing the song for the first time all over again.