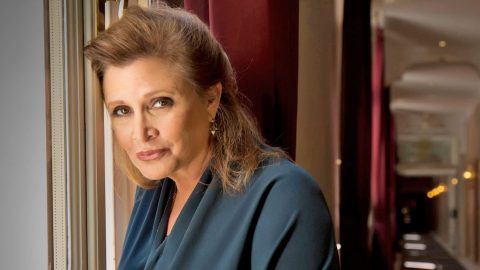 Our hearts are broken following the announcement of Carrie Fisher’s passing at age 60.

The statement read, “It is with a very deep sadness that Billie Lourd confirms that her beloved mother Carrie Fisher passed away at 8:55 this morning.”

Fisher suffered a massive heart attack on Friday on her flight from London to LAX. She was unresponsive and rushed to the hospital after CPR was administered. The actress and writer was flying home from a press tour for her book, The Princess Diarist.

On Christmas Day, her mother, Hollywood icon Debbie Reynolds updated the world on her health.

“My daughter, Carrie Fisher, is in stable condition in ICU. If there is any change, the family will share the information at that time. To all her friends and fans, I thank you all for your prayers and good wishes,” she wrote.

Fisher shot to stardom in the 1970s thanks to her role as Princess Leia in the Star Wars films. Just last year, she starred in the most recent Star Wars film and had reportedly just wrapped on the next installment.

Just a few weeks ago, Fisher’s daughter, actress Billie Lourd, shared a sweet photo of them together.

Fisher is survived by her mother, daughter Lourd, and trusty sidekick Gary, her french bulldog. Our thoughts and prayers go out to her family during this time.