By Miranda Raye on October 18, 2016
Advertisement 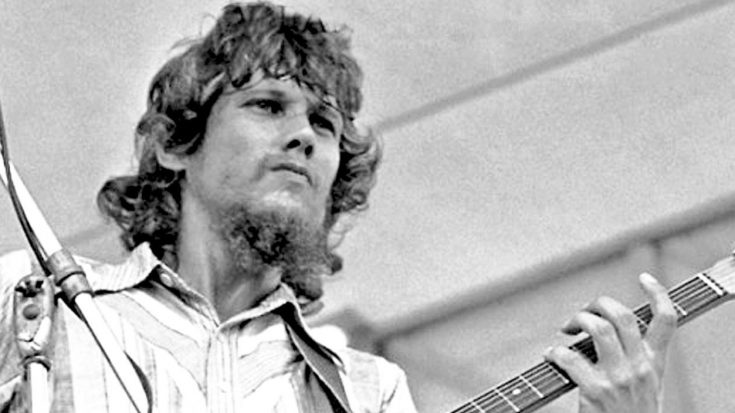 When Lynyrd Skynyrd released their fifth studio album Street Survivors in 1977, it introduced the world to a previously unrecognized talent. His name was Steve Gaines, and he was the “new kid” in Skynyrd, having joined the group just a year prior.

Unfortunately, a long future of potential was cut short when Steve was killed after the band’s plane crashed on October 20, 1977. The crash also claimed the lives of his sister and Honkette Cassie Gaines, and lead singer Ronnie Van Zant.

Steve not only filled in on guitar once he joined the group, but he took an active role in songwriting and singing for Street Survivors. He co-wrote two tracks on the album and wrote two others on his own. He also sang co-lead with Ronnie on a track they wrote together called “You Got That Right.”

Ronnie had the highest level of respect for Steve and his abilities, which is showcased perfectly through Skynyrd’s song “Ain’t No Good Life.”

Written by Steve, he is also the lead vocalist on the track. This was a rarity for Skynyrd, since there are only a handful of songs in their pre-plane crash history that do not feature Ronnie as a vocalist.

During a concert in Osaka, Japan in 1977, someone thought to record Skynyrd’s performance of the song. Although it is only an audio recording, Steve’s soulful voice and Skynyrd’s rockin’ instrumental parts speak for themselves. Steve’s voice is the perfect fit for the bluesy tune, as he sings the mournful lyrics, “‘Cause the more I fight the sadness, yeah/It only seems the more that I grieve.”

Another special aspect of this performance is that Steve also sings along with The Honkettes, which is a rare thing, since The Honkettes did not sing on the recording of “Ain’t No Good Life” on the Street Survivors album.

Overall, this is one recording that you absolutely have to listen to, and you can in the clip below! Steve had a great talent, and we’re so glad this recording exists so future generations can hear his incredible musicianship.