By Jennifer Pernicano on June 24, 2016
Advertisement 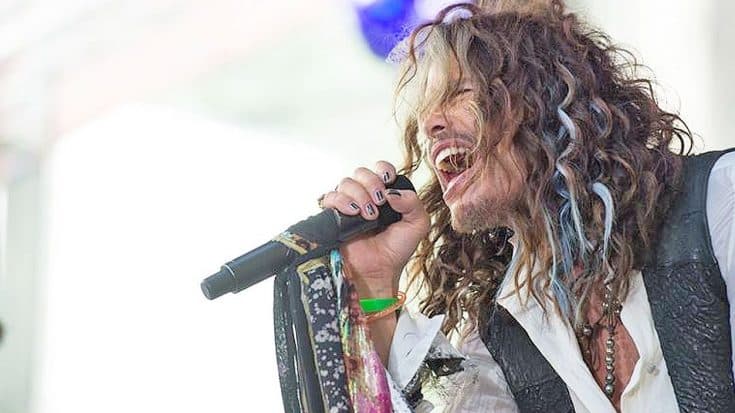 As part of their summer concert series, The Today Show welcomed rocker-turned-country-singer Steven Tyler to their stage to sing one of Aerosmith’s hits and one of his new songs off his upcoming country album.

After over a year of teasing a solo album, Tyler released his first country single, “Love Is Your Name” and it was a massive success. He then released his second single, “Red, White, and Blue” and has finally announced the release date of his first ever solo album.

His album is titled We’re All Somebody From Somewhere and will debut on July 15. He will also be embarking on a tour to support the album. He is extremely proud of this project, as he’s completely reinvented himself.

He’s still the same Steven Tyler, but his new sound is not like anything we’re used to hearing from him.

During his performance on The Today Show, he performed the title track from his new album to an adoring crowd.

Tyler was taking photos, signing autographs, and interacting with fans all morning. One fan even had him sign his head!

The crowd was thoroughly enjoying his entire performance, and so are we!

What do y’all think about his new song “We’re All Somebody From Somewhere”?