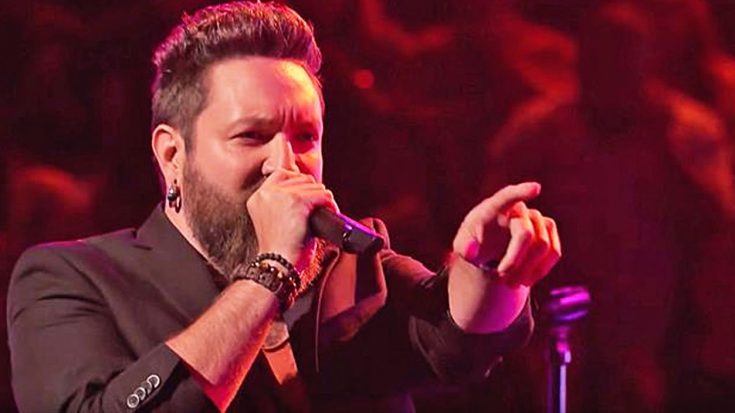 Nolan Neal sang his heart out during the anxiety-building knock out rounds on “The Voice”, leaving viewers mesmerized by his sensational talent. The 35-year-old rocked out to Steven Tyler’s hit song “Love Is Your Name”, showcasing his impeccable vocal capabilities and drive for the cut throat competition.

Coach Alicia Keys encouraged the singer during his performance, exclaiming, “Come on, Nolan!”. As Neal broke into the chorus, the audience erupted in cheers and Keys offered the performer a well-deserved applause.

The hit song was released on Tyler’s solo 2015 country album, We’re All Somebody From Somewhere“, becoming the lead single for the rockstar.

SPOILER ALERT: While Neal gave one hell of a performance, it was unfortunately not enough to keep the unbelievable singer in the competition. Although we are sure to miss his stunning voice, we are very grateful that he was able to leave us with such an unforgettable memory.

Check out the cover below and tell us what you think!