String Of Redneck Fail Videos Will Have You Roaring With Laughter 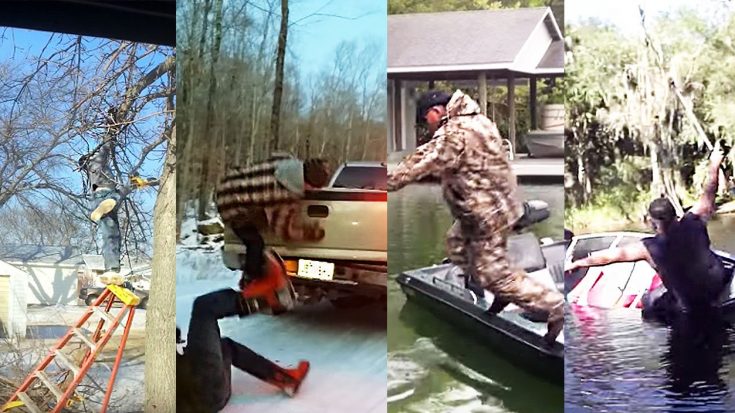 It’s not uncommon for us to find humor out of the blunders of others, whether those blunders be from hysterical misfortune or just sheer stupidity. One Youtube channel appealed to every country comedian’s sense of humor in this regard when they combined what they call the “Best REDNECK Fails of 2016”.

As y’all likely know, traditional redneck stereotypes state that such folks have an extreme love for finding simple solutions to mammoth tasks. Another major stereotype is that such people possess the courage to attempt just about anything…and that stereotype isn’t exactly wrong!

If you love watching what happens after redneck plans go wrong, then you’re in luck, because that is exactly what this compilation video entails!

Showcasing everything from determined fishermen eager to snag that record-breaking bite to the act of using a laundry basket attached to a dog to partake in an original sport of “dirt sledding”, these men, women, and children have attempted it all!

Although some of these are incredibly hilarious and insanely candid, we do admit that there are a handful of these fails that seem to exhibit some slight stupidity over humor. Nonetheless, we strongly advise that these stunts and blooper NOT be attempted or replicated for your own safety. Instead, we encourage you to indulge in the already failed attempts of these kind folks for your daily fixin’ of laughter!