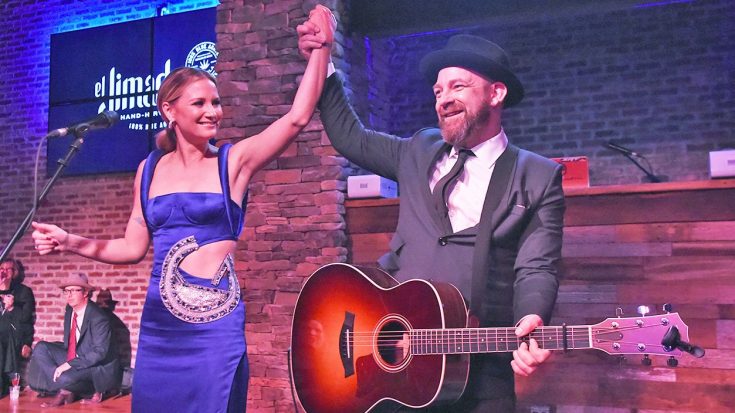 The 51st Annual CMA Awards took place on Wednesday night (Nov. 8) and some are calling it the best awards show in years. There were countless memorable moments that people can’t stop talking about, including this one!

Sugarland, the duo made up by Jennifer Nettles and Kristian Bush, graced the stage to give out the duo of the year award, which they have won a total of five times.

“It feels like we’ve been here before,” Bush tells Nettles.

The audience cheered, hoping this meant that the duo was back together after taking a long hiatus to pursue their solo careers and other projects, including Nettles starring in the Broadway production of Chicago, Dolly Parton’s Coat of Many Colors movies, and in the Hollywood Bowl production of Mamma Mia!, and Bush wrote a musical called Troubadour.

Then, after the awards show, they performed at record label Big Machine’s after party, bringing back their hits “Stay” and “Baby Girl.”

If all of that doesn’t convince you, Sugarland posted their very first photo on Instagram, a sweet snap of Nettles and Bush looking at each other lovingly with the caption, “#StillTheSame.”

Could this be a hint at the title of a new single? Or a new album? No matter what, it was awesome to see this duo back together, even if it was for one night only, but we doubt that.

Watch them perform at the after party below.