By Miranda Raye on February 7, 2018
Advertisement 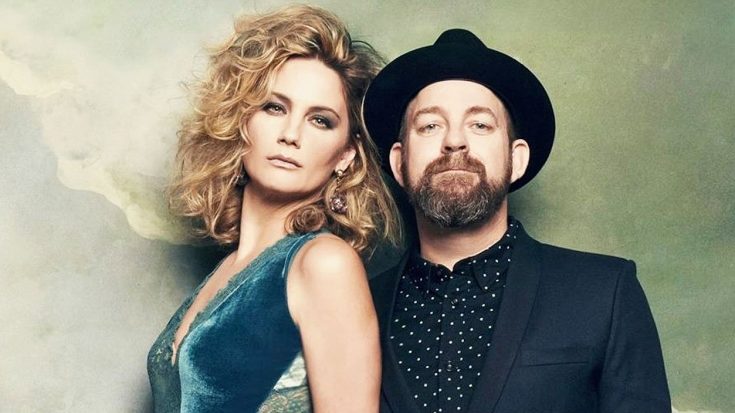 For years, Sugarland was one of the leading duos in country music. They scored a wealth of hit singles, were huge concert draws, and won 18 major music awards, including four for CMA Vocal Duo of the Year.

So you can imagine how shocked fans were when in 2012, Sugarland announced they were going on hiatus. The primary reason for the break was because Jennifer Nettles was pregnant at the time, and she gave birth to her son, Mangus, a few months after Sugarland’s last tour concluded.

After that, Kristian Bush and Nettles took the time to focus on their own solo projects. Nettles released two solo records and a Christmas album, appeared on Broadway, and acted in Dolly Parton‘s Coat of Many Colors films. Bush released a solo record of his own, and also served as the producer on other country stars’ records.

Finally, after being apart for so many years, Sugarland hinted at a reunion when they appeared together at the 2017 CMA Awards to present an award. They later revealed their plans to release an album and embark on tour  again, and also debuted a new single, “Still the Same.”

As you would expect, fans have been curious to know why Sugarland decided that now was the best time to get back together. Bush answered those lingering questions during a tell-all interview with Taste of Country, and offered some insight into what their hiatus was like as well.

When asked if he and Nettles had kept in touch over the years, Bush made it sound like they didn’t speak too often. As a father himself, he completely understands how busy Nettles would have been as a new parent.

“And if you know new parents, they disappear for the whole first three or four years anyways,” he said. “Emotionally they’re gone and then they have to go find themselves afterward. So that’s exactly the timing that’s on this.”

That timing was what prompted Nettles to reach out to Bush to see if he was willing to start working together again. The two decided to meet for a writing session, and discovered they still had that magic.

“We sat down and wrote and the first single..the first song that we wrote in like 45 minutes. I was like ‘OK, that’s gonna work just fine,‘” he said.

Bush says he isn’t the least bit surprised that Sugarland is back in the game again. As he explained, he always felt that they weren’t done telling their story.

“I’ve always thought that we hadn’t finished saying the things we needed to say,” he said.

We’re glad that Sugarland decided they still had more stuff to say! Listen to the new part of their story by checking out their latest single, “Still the Same,” in the clip below.