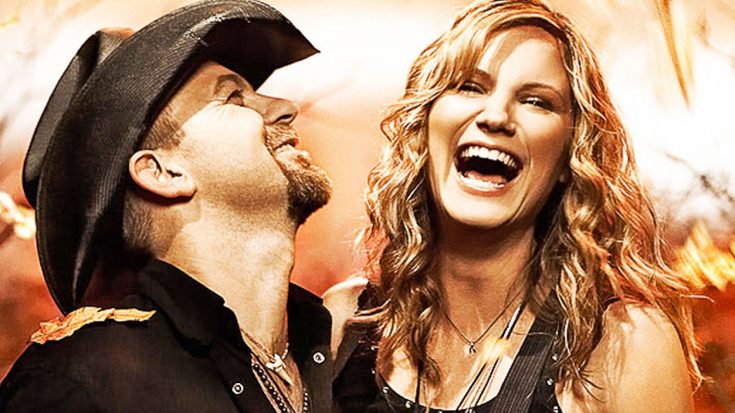 Country music duo Sugarland is a musical force to be reckoned with and have won numerous awards and topped the charts with a handful of hits including “All I Wanna Do” and “Already Gone.”  In 2016, they reunited after a five year hiatus and performed on the fan favorite Dick Clark’s New Year’s Rockin’ Eve show hosted by Ryan Seacrest.

Consisting of country singers Jennifer Nettles and Kristian Bush, the duo won the hearts of fans worldwide with their unique sound and resonating lyrics.

While the duo was exceptionally talented at conveying emotion, specifically heartbreak, one performance from the talented singers has continued to rise above the rest.

Singing the song “Maybe Baby (New Year’s Day)” from their beloved holiday album Gold and Green, the singers tell a sorrowful story of a man who is desperately trying to see a woman he loves and misses for the holidays.

Although the woman’s initial response is reluctant, the two later come together and reunite for a second shot at love! Persistence really does pay off!

Listen to the heartwarming song below!