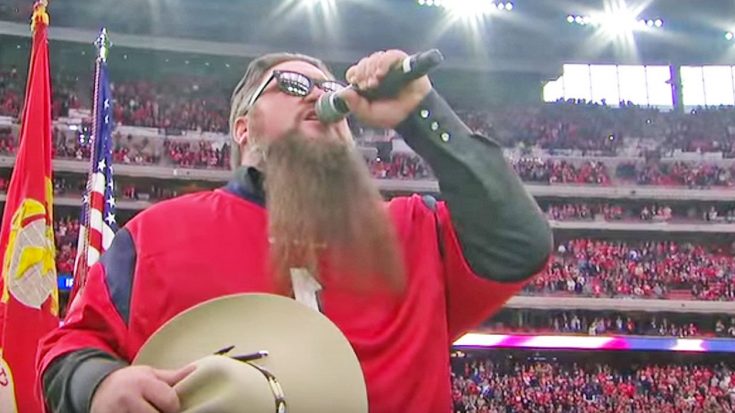 Following his victory on the eleventh season of The Voice, Sundance Head took the field of NRG Stadium in Houston, Texas for a moving performance of the National Anthem before the Houston Texans faced off against the Jacksonville Jaguars.

Head removed his signature cowboy hat prior to singing the nation’s beloved anthem standing in front of four members of the United States Marines Corps. The singer stunned the entire crowd to silence with his powerful delivery of the historically significant lyrics.

In a surprising turn of events, Head took home the Season Eleven title as well as a sweet record deal with Universal Music Group. Prior to his stay on The Voice, the singer had an impressive stay on American Idol back in 2007. While the singer may have only finished in the Top 16, he still had that signature voice America fell in love with this past year.

You can watch his powerful performance of the National Anthem in the video below!