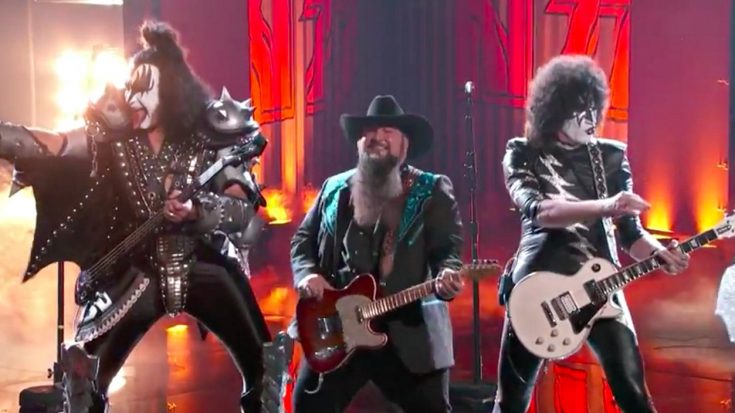 You will never forget the day that this sunny-named southerner and legendary rock band joined forces to deliver a knockout performance of two of the biggest musical hits ever released!

Sundance Head has been pursuing a career in music for many years and even has appeared on other singing competitions before, but he never made it as far as he’s made it on the current season of The Voice.

The talented and impressive singer has continued to blow the judges (and American viewers) out of the water since he first stepped onto the stage – and the finale episode is no exception!

Paired with the unforgettable hard rock band, KISS, these guys delivered an unbelievable country-infused medley of “Detroit Rock City” and “Rock and Roll All Nite” that will blow you away! The performance was just the start of a thrilling night for Sundance who went on to win the Season 11 Voice title, giving coach Blake Shelton the 5th win of his coaching career.

Watch this incredible combination of stars in the video below!