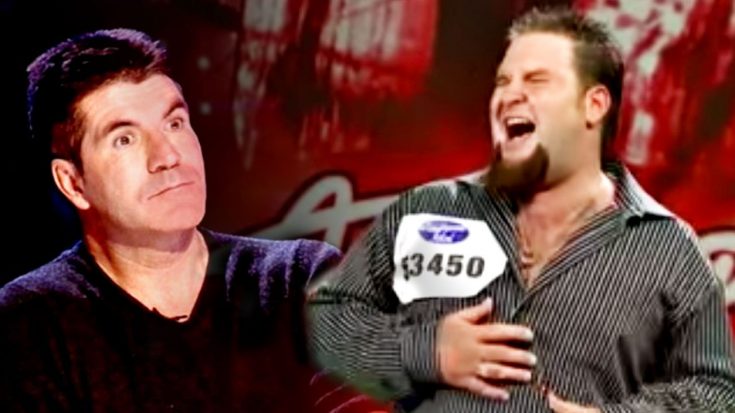 One of the most critical judges in the history of singing competitions was completely blown away after hearing this talented singer’s audition during an early season of American Idol.

It was 2007 and the super-hit television show had just entered its 6th season when American television viewers were introduced to Sundance Head for the first time.

Head, whose father was a professional recording artist himself, definitely inherited the talent gene! Roy Head had a No. 1 song in 1965 called “Treat Her Right”.

With his talented roots and unbelievable vocal skills, Sundance Head decided he’d try his hand at American Idol – and his decision was well received!

Appearing at the Memphis auditions, Head left all three of the judges in a state of shock when he belted out one of the most powerful a cappella renditions of “Stormy Monday” you’ll ever hear.

Watch Simon’s stunned reaction and Sundance Head’s impressive audition in the video below!