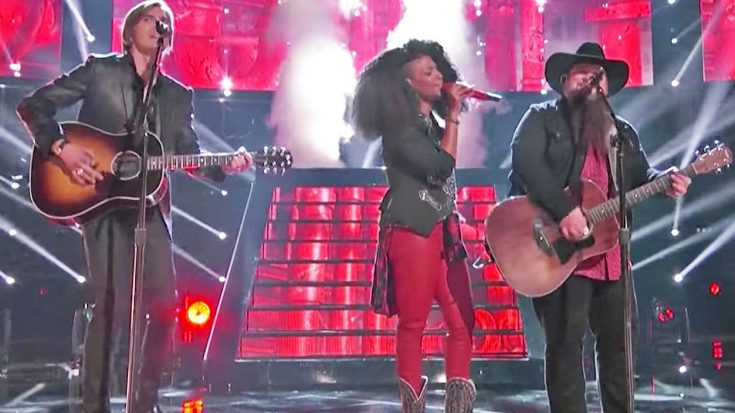 Before being named the Season Eleven Voice champion, Sundance Head teamed up with former contestants Austin Allsup and Courtney Harrell for a hell-raising performance of Cole Swindell’s hit country song, “Ain’t Worth the Whiskey.”

Allsup and Head kicked off the performance side by side, both armed with guitars trading off singing the fiery lyrics of Swindell’s country break-up song. Head was beaming with absolute joy throughout the performance which helped him gain an overall edge, inevitably resulting in his win.

The 37-year-old celebrated his triumphant win by performing his heartbreaking original song, “Darlin’ Don’t Go,” after giving a moving shout out to his wife, saying, “Misty Head, she’s the true champion!”

This marks the fifth win for coach Blake Shelton, allowing him to maintain his spot as top mentor with an extraordinary amount of wins. The country singer is following in the footsteps of his father, Roy Head, by pursuing what will surely turn out as a successful career in music.

The country crooner previously finished in The Top 16 on Season Six of American Idol, but now is taking home the crown and a well-deserved record deal. You can watch their performance in the video below!