By Miranda Raye on January 4, 2018
Advertisement 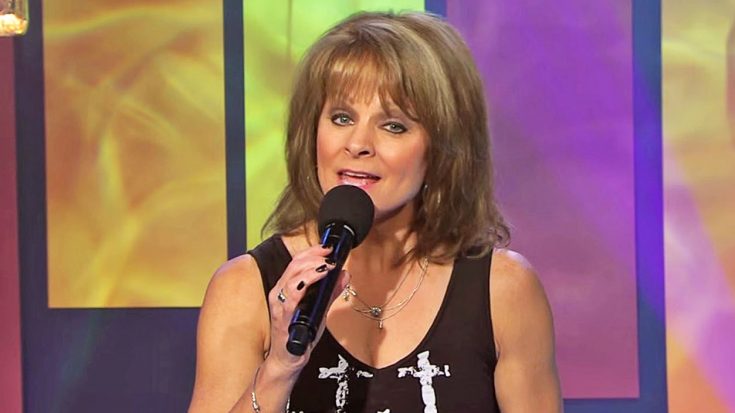 Some people don’t realize that Reba McEntire isn’t the only musical one in her family. Her siblings all grew up with a passion for music in their hearts, with Reba and her brother Pake choosing careers in country music.

Reba’s sister Susie was the one who branched out a bit, opting instead to pursue a career singing contemporary Christian music. She has experienced a fruitful career in the genre, which led to her being inducted into the Christian Music Hall of Fame in 2011.

In addition to singing Christian music, Susie will also perform country songs from time to time. She actually toured with her sister Reba during the 1980s, and sang on her hit albums Heart to Heart and Unlimited.

A few years back, Susie offered a nod to another major country music star when she covered one of his chart-topping hits for the Gospel Music Showcase. That artist was Tim McGraw, and the song Susie sang was “Where the Green Grass Grows.”

Written by Craig Wiseman and Jess Leary, “Where the Green Grass Grows” is about as country of a song as it gets. In the song, the narrator sings of wanting to live out in the country, telling his wife he wants to “raise our kids where the good Lord’s blessed.”

Released in 1998, “Where the Green Grass Grows” was one of Tim’s earliest hits on the country chart. It also crossed over to the all-genre Billboard Hot 100 chart, where it peaked at the 79th spot.

As a country girl born and raised, Susie was able to bring a sense of authentic country charm to her performance of the song. That charm is sure to win you over from the start of her performance, which was darling and delightful.

Also, Susie’s style of singing is perfect for “Where the Green Grass Grows.” There was no need for her to embellish her performance by pulling off crazy runs or belting out high notes. She sang straight from the heart, allowing her soft, sweet voice to speak for itself. Such a delivery fits this song like a glove.

You can catch Susie’s performance of “Where the Green Grass Grows” in the clip below. It’s as lovely as can be!