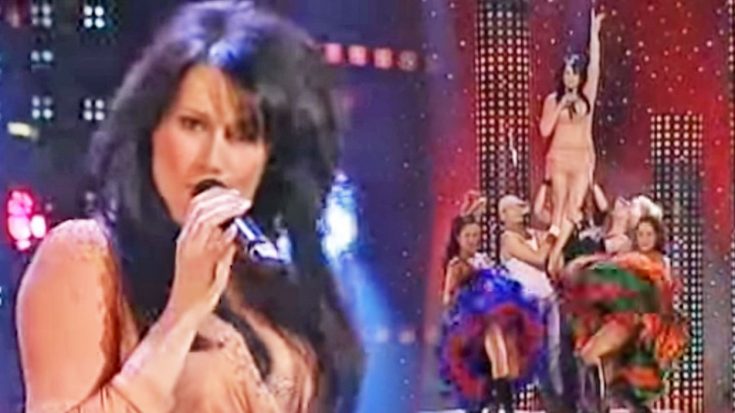 Jill Johnson may not be a huge name in the United States, but in Sweden, she’s a superstar! She released her very first album in 1996 and has been steadily releasing country and pop music ever since, with three albums certified Gold and two Platinum.

Her career really took off when she performed the Melodifestivalen 1998 winning song. Melodifestivalen is an annual music competition, which is organized by Swedish public broadcasters Sveriges Television and Sveriges Radio.

Her success at the Melodifestivalen allowed her to return in 2005 as host of the final, where she performed a rousing rendition of Gretchen Wilson’s “Redneck Woman.”

Surrounded by male dancers dressed in their best redneck garb, Johnson danced about the stage while showing off her powerful voice that could easily give Wilson a run for her money!

With choreographed dance moves, killer vocals, and an incredible song choice, this performance is one we will be watching over and over again. Watch it below.