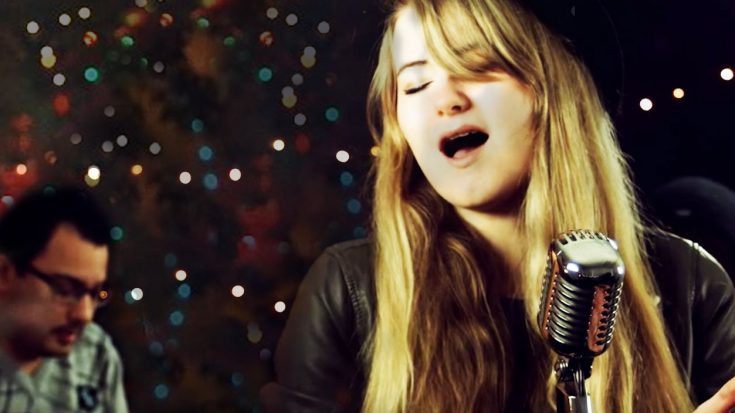 In this stunning Christmas special for her friends, family, and fans, young Celine Rae unveils one of the most amazing covers of this unforgettable song you’ll hear!

Tragically, she reveals that she lost her beloved grandmother and grandfather several years ago and says that Christmas time is one of her favorite times to remember them – a true ode to there being “angels among us”.

“So I dedicate this amazing song to my late grandmother and grandfather, you guys are my angels. Love you forever,” she writes about the video. “I hope you love this song as much I do and like our rendition of it.”

“Angels Among Us” has been one of the most powerful and cherished songs in country music since Alabama first released it as a Christmas single in 1993.

The song soared high on the charts, roaring into the Top 40 on multiple charts and selling millions of copies. Since the release, the band has revealed that fans have sent hundreds of letters saying how the song was a blessing for them.

We hope that this song is a blessing for you, too!

Watch Celine Rae’s beautiful tribute to her grandmother and grandfather below!