Talented 10-Year-Old Plays Guitar To ‘Sweet Home Alabama’…Behind His Back? 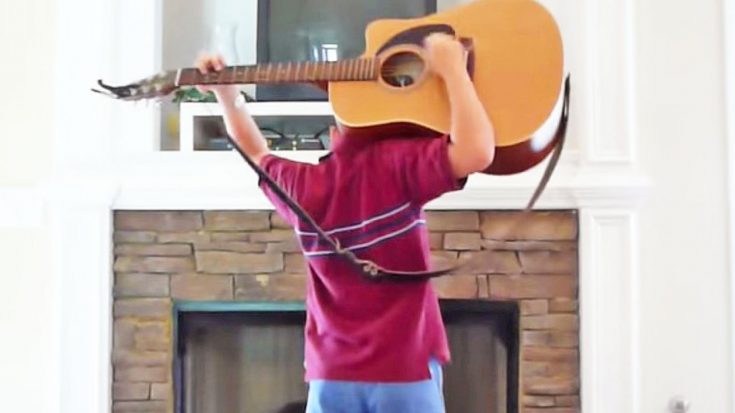 We’ve seen a lot of “Sweet Home Alabama” covers before, but this one we’re about to share with you may take the cake!

A global phenomenon, “Sweet Home Alabama” is arguably Lynyrd Skynyrd‘s most recognizable song. Before children are even old enough to even know who Skynyrd is, they know all of the words to its memorable chorus.

One ten-year-old boy also knows the song’s iconic guitar part, as he showcased in a video that has since generated thousands of views. Filmed back in 2008, we have no idea what the little guy’s name is, but one thing we do know is that he can really rock out on a guitar!

Granted, this little fella was still young at the time, so he didn’t deliver the most knockout performance of “Sweet Home Alabama” ever. But for only being ten, he did quite a stellar job…plus he sang along as well!

The main reason we can’t get enough of this young guy’s Skynyrd cover is because he wasn’t afraid to get adventurous with it. Toward the end of the video, he suddenly put the guitar behind his back and continued to jam out. Sure, he didn’t hit every note just right, but the effort itself was impressive enough!

Check out the video by clicking here to watch this kid give “Sweet Home Alabama” his all! We guarantee, it’s unlike any other Skynyrd cover you’ve ever seen before.

Then when you’re done, enjoying watching the band perform the song themselves in the clip below!