By Jennifer Pernicano on August 2, 2017
Advertisement 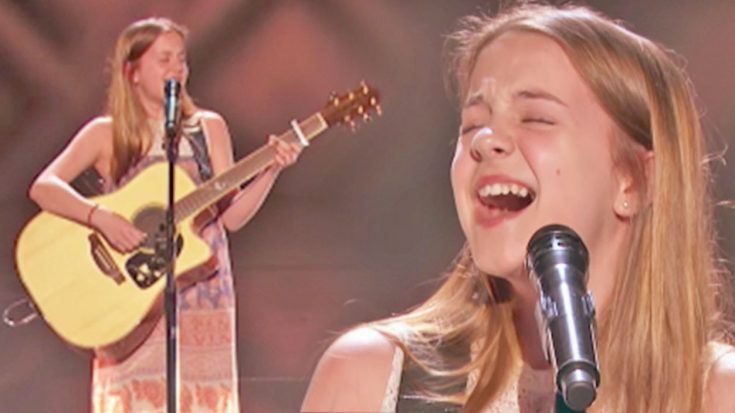 The competition on this season of America’s Got Talent is stiff.

With the Golden Buzzer being pressed every episode and the number of contestants dwindling down, each performer must feel extreme pressure. One young contestant who was feeling the pressure, but did not succumb to it was 12-year-old Marisa McKaye.

Her incredible voice, and her rendition of Martina McBride’s “Broken Wing” propelled her to the top of our list of favorite performances from Tuesday (Aug. 1) night’s episode.

It’s incredible that before this young lady is even a teenager, she can say she’s performed on one of the biggest stages and for one of the biggest TV audiences out there. Her tone is as pure as someone who has been singing twice as long as she’s even been alive, and we know McBride herself would applaud young Marisa’s rendition.

While the judges did not choose to advance her to the live shows, she told the cameras she will not give up on her singing career. She is definitely someone we will have to keep our eye on.

Watch her audition below.