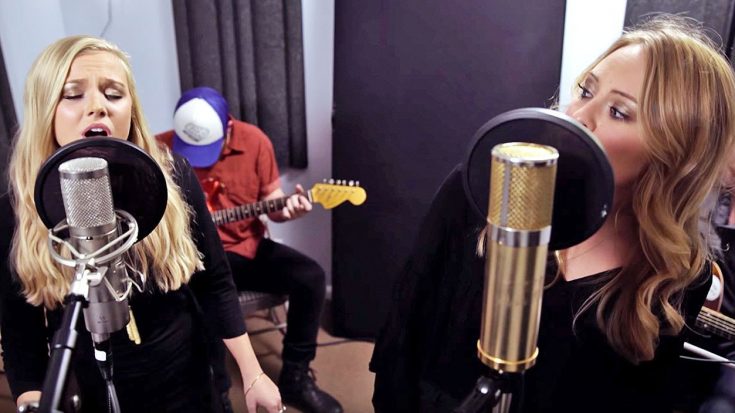 Following a jaw-dropping performance of “Tennessee Whiskey” at the 2015 CMA Awards by country music sensation Chris Stapleton and international superstar Justin Timberlake, George Jones‘ classic returned as one of the biggest songs in the genre.

The performance gave a whole new generation of listeners an appreciation for the classic country song, giving inspiration to a series of breathtaking covers by up-and-coming artists. Two young artists by the names of Mackenzie Wasner, who you may remember from Season 13 of American Idol, and Danielle Wilson delivered an unreal cover of “Tennessee Whiskey” that will take your breath away.

Backed by a fully manned band, Mackenzie and Danielle traded lyrics of the country classic, their voices coming together at the chorus for intoxicating harmonies. At press time, their video for the duet has accumulated an impressive 42,000 views on YouTube alone

The blonde beauties’ duet of Jones’ haunting country classic has revered his legacy, proving “Tennessee Whiskey” has achieved a status of timelessness.

You can watch their rendition of “Tennessee Whiskey” below.