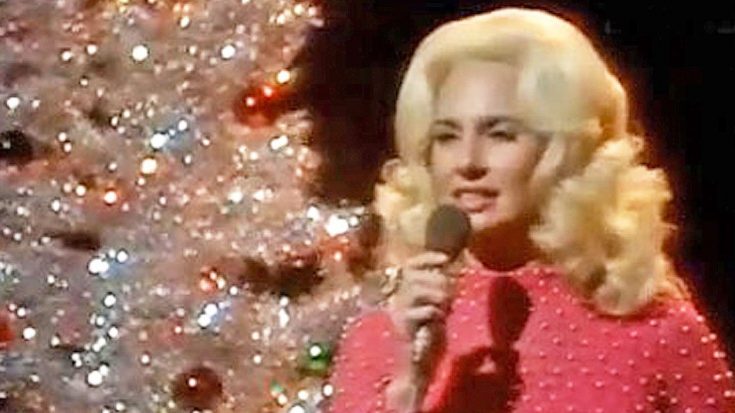 Although Elvis Presley’s rendition of “Blue Christmas” might be the most notable version, Tammy Wynette certainly gave him a run for his money when she released it on her 1970 album Christmas with Tammy.

Written as an unrequited love song, it has since become a Christmas staple since its initial 1948 release by Doye O’Dell. It was popularized in 1948 thanks to three different recordings. One by Ernest Tubb, one by Hugo Winterhalter, and one by Russ Morgan.

Tubb’s version reached the No. 1 spot on Billboard’s Most-Played Juke Box (Country & Western) Records chart. Presley later turned the song into a rock and roll classic in 1957 when he recorded it for his album Elvis’ Christmas Album.

Wynette’s recording is so hauntingly beautiful, it is sure to give you chills. Her voice is unlike any other and proves her legendary status yet again with this heartbreaking song.

Listen to her recording below.