Tanya Tucker Tells Dan Rather In 2016 Why She Never Married: ‘I’ve Always Been Afraid’

By Miranda Raye on February 3, 2016
Advertisement 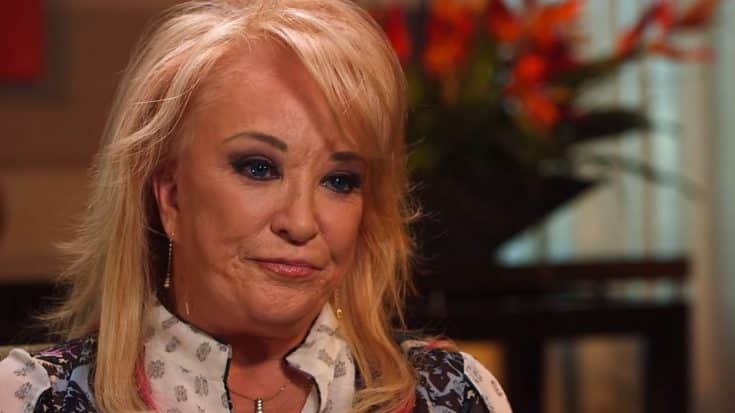 Over the course of her life, Tanya Tucker has been in relationships with some of country music’s greatest stars, including Glen Campbell and Merle Haggard. Although she’s dated many other famous men, Tucker has never married.

Tucker once sat down for a conversation with The Big Interview in 2016 to talk about her life. At one point, the topic turned to focus on Tucker’s romantic history and why she’s never been married:

“I’ve always been afraid of getting married because so many people divorced. And I thought, I wanted to have children and I wanted to have the picket fence, but it just didn’t work out for me.“

Even though Tucker knew that she would never get married, she still wanted to be a mother. She now has three children, a son and daughter with Hollywood actor Ben Reed and a daughter with Nashville songwriter, performer, and producer Jerry Laseter.

“I wanted my children,” Tucker said, with tears in her eyes. “They were all planned and prayed for. I’ve got three of the best kids in the world.”

Despite her hesitations about marriage, Tucker said there is only one man that she’d ever marry, and her confession may surprise you.

“There is one man I might marry,” she said. “One, I think in all of the world. Probably Kevin Costner…I just think he’s such a doll.“

Costner is a highly successful actor, director, and musician, known best for his roles in films such as The Untouchables, JFK, and Robin Hood: Prince of Thieves. Unfortunately for Tucker, Costner has been married to his wife, Christine Baumgartner since 2004.

Tucker knows that she will never get to be with Costner, but she still has a great deal of admiration for him as a person. During her interview, Tucker laughed as she recalled a time when her and Costner sang a song together at a party. Tucker is hopeful that Costner will sing a duet with her on an upcoming album, but she has some other ideas for collaboration as well.

“My bucket list would be to do a film with him,” she said.

However, in 2020, Tucker admitted she had found love with singer-songwriter Craig Dillingham in the summer of 2019, and he’s making her reconsider her stance on marriage.

“I have nothing against marriage,” she told People. “It’s the opposite. I think it’s very sacred, and I don’t want to do it but one time.”

Prior in the interview, she also said, “If it ain’t him, I’m done.”

You can watch Tucker speak more about her relationship history by watching her old interview with Rather below.

What do you think of what Tucker had to say? Were you expecting Costner to be her dream guy?