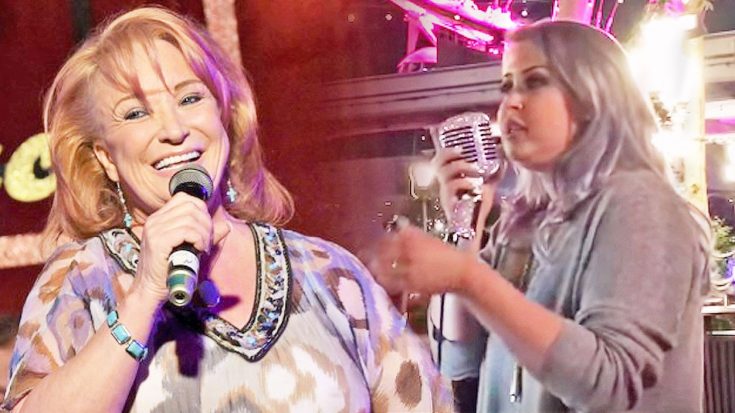 Talent definitely runs in this family.

Before we even knew she was the niece of the legendary Tanya Tucker, Cali Tucker blew us away when she appeared on Season 6 of The Voice. Although she didn’t make it past the Battle Rounds, she gave a killer audition with “Black Velvet.”

Her coach, Blake Shelton, was accosted online for not choosing her to advance in the competition following her Battle Round performance of Tina Turner’s “What’s Love Got To Do With It.” Even thought her days on The Voice were numbered, she didn’t give up her dream of being a performer.

Performing at The Promenade at The Linq Hotel in Las Vegas, Nevada, Tucker performed a legendary song written by Willie Nelson, and recorded by Patsy Cline, “Crazy.”

For some of the shoppers, she served as background music, but one group of friends stopped dead in their tracks, mesmerized by her incredible voice.

She has a bright future ahead of her, having released an album called Cover Girl in 2017 and performing at various venues in her new hometown of Las Vegas.

Watch her performance below.