By Miranda Raye on November 7, 2017
Advertisement 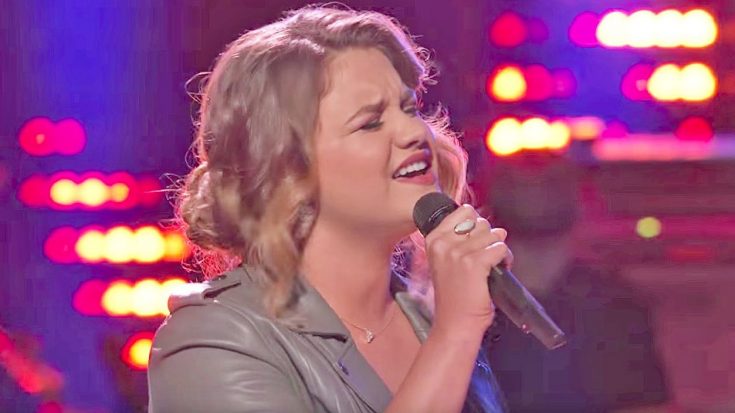 The knockout rounds are currently airing for Season 13 of The Voice, pitting teammates against each other as they fight for a spot on the live shows. The knockouts are slightly different from the battles because the two members sing seperate songs instead of singing a duet.

At the end of the knockout, the coach has to choose which singer they’d like to keep for their team. Each coach also has a steal, so the “loser” of the knockout has the potential to be stolen if another coach wants them.

On Monday night (November 6), two Team Blake members faced off in a knockout performance that was as country as could be. Mitchell Lee took on Edwin McCain’s “I’ll Be,” lending his bluegrass-like vocals to the pop rock tune. His teammate Anna Catherine DeHart sang a Faith Hill staple, her 1999 hit “Breathe.”

Anyone who has listened to “Breathe” before knows how challenging it can be to sing. The song is a blend of delicate moments and powerhouse notes, and therefore requires someone with an extensive range and expert control of their voice.

DeHart definitely showed up when it came to the powerhouse portion of the performance. She hit those high notes with great control and command, leaving the coaches visibly impressed. But she faltered a bit in the softer moments, though it wasn’t too noticeable.

However, Shelton managed to pick up on those slight mistakes, and that likely influenced his decision when he picked Lee, not DeHart, as the winner of the knockout.

Still, there’s no denying that DeHart has natural talent, and you can hear that in her performance! Check it out in the clip below, then let us know if you think Shelton made the right choice.