By Miranda Raye on April 3, 2018
Advertisement 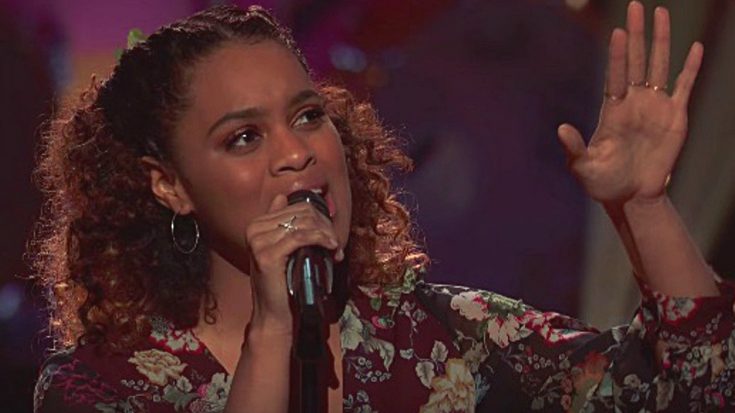 The Story Behind “Broken Halos”

Out of all of the singles that he has ever released, Chris Stapleton surprisingly only has one number one hit. Even though “Tennessee Whiskey” did reach the top spot on the Hot Country Songs chart, it didn’t count since it was only a promotional single.

In fact, Stapleton didn’t earn his first number one until 2018. That honor is bestowed on his emotional single “Broken Halos,” which he recorded the day after a dear friend of his passed away.

Other than topping the country charts, “Broken Halos” also received the Grammy Award for Best Country Song at the 2018 ceremony.

Full of passion and emotion, “Broken Halos” is a song that, if performed well, can leave a lasting impression on all who listen. That’s exactly what happened when Spensha Baker sang it for her knockout performance on The Voice.

The song allowed the Team Blake member to showcase just how strong her voice is when she sings in the lower part of her range. But the most powerful moment came toward the end, when she let her voice rise to hit a kicker of a note. Talk about a chill-inducing moment!

Baker’s voice carried the song perfectly, but her performance would have lacked that goosebump-giving power if she wasn’t completely invested in it emotionally. She clearly was, which you can tell just from watching her facial expressions and hand gestures as she sang.

It was that extra effort to put a piece of herself into the song that pushed Baker’s performance over the edge. She’s proving to be a fierce contender, and is definitely one to watch from this point on!

That’s exactly what you’ll get to do. After a performance as top-notch as that, Shelton knew that he had to keep Baker on his team. She is safe, and will move on to the live shows!

Now, watch the performance that helped her make it to that point by checking out the video below. We can’t wait to see what she sings next!