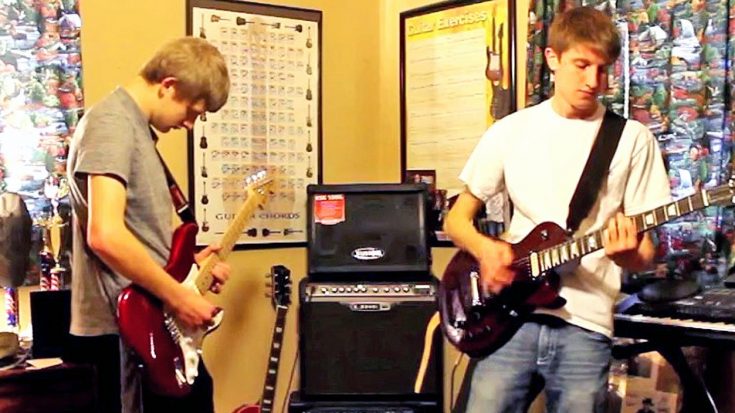 If you walk up to a bunch of Lynyrd Skynyrd fans and ask them what their favorite song is, you’ll receive a mix of answers. But one title that is sure to come up a lot is “On the Hunt.”

Released in 1975 off of Skynyrd’s third studio album Nuthin’ Fancy, “On the Hunt” was featured as the first track on the second side of the record. It is definitely one of the album’s gems, and remains a Skynyrd fan-favorite to this day.

There are plenty of reasons why “On the Hunt” is irresistible to the ears of Skynyrd fans. For starters, the track features powerful lyrics and a fierce vocal performance from Ronnie Van Zant. Secondly, guitarists Ed King, Allen Collins, and Gary Rossington fueled the song’s fire with their high-energy playing.

Many can only dream about playing the iconic guitar parts in “On the Hunt.” But there are two teen brothers out there who didn’t just dream about it…they did it.

Named Austin and Dustin, these two teens wanted to take on the challenge of playing “On the Hunt.” Standing in one of their rooms at home, Dustin took charge on his Fender America Stratocaster. Austin’s weapon of choice was his Gibson Les Paul Studio Deluxe II.

From the first note, you’ll realize that this is one talented sibling duo. Austin and Dustin play with such a casual sense of ease that they make playing “On the Hunt” look like a cakewalk.

We’re sure their playing may get on their parents’ nerves sometimes, but we’d say it’s worth it! You’ll likely feel the same after you watch their cover in the clip below.

Keep on jammin’ boys! You’ve both got a bright future ahead.