The Bizarre Reason Elvis Never Toured In The U.K. 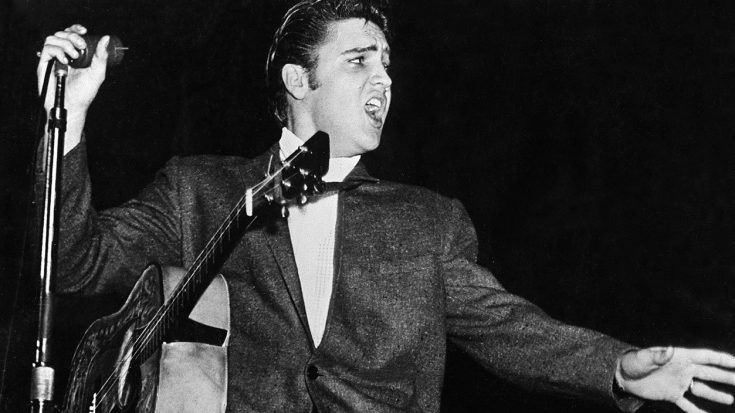 With millions of fans living in the United Kingdom, it never added up why Elvis Presley never toured there during his lengthy career.

Presley, who has been adored worldwide for his historic legacy in music, phenomenal voice, and trailblazing hip-shaking dance moves, was one of the few performers of the rock ‘n roll era that never toured in the U.K. He would tour the United States regularly, but never even performed in the U.K. during his time on stage.

A new column in The U.K. Daily Mail has an accomplished Elvis historian explaining the bizarre reason The King never crossed the pond.

Philip Norman, who also wrote the book for a musical about Elvis’ life, reveals that the choice not to tour in the U.K. had zero to do with Elvis or the U.K. – but everything to do with his manager, Colonel Tom Parker.

Norman alleges that Parker was an illegal Dutch immigrant who did not hold an American passport. Part of Parker’s refusal to let Presley tour the U.K. was out of fear he wouldn’t be able to return to the United States, Norman claimed.

Parker’s management style has been often scrutinized by people in Elvis’ life, and this isn’t the only time that Parker has been blamed for Elvis staying state-side. Elvis’ cousin revealed to the Elvis Information Network that the superstar music legend was not allowed to tour elsewhere because of Parker’s choices for him.

“The Colonel kept him in Hollywood, turning out one movie after another at a million dollars a time,” Norman continued.

While he never toured Europe, Elvis did visit London in 1958 and visited both houses of Parliament and Buckingham Palace. On that trip, he was joined by British rock and roll star Tommy Steele.

What do you think about Norman’s statements?

Watch Elvis perform “Love Me Tender” in the video below and share your thoughts with us!