By Jennifer Pernicano on May 5, 2016
Advertisement 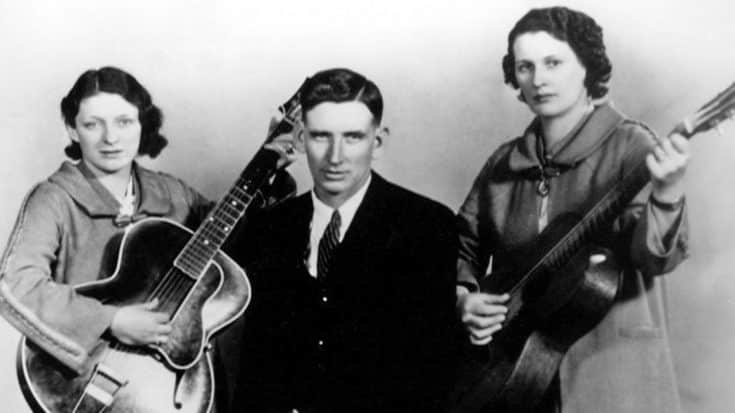 This will take you back!

The Carter Family, which consisted of A.P. Carter, his wife Sara Carter, and A.P’s sister-in-law, Maybelle Carter, recorded music together beginning in 1929. Maybelle and A.P.’s brother, Ezra Carter, are the parents of June, Anita, and Helen Carter, later known as the Carter Sisters.

By 1930, the band became quite successful from the release of their songs “Wandering Boy”, “Poor Orphan Child”, “The Storms are on the Ocean” and “Single Girl, Married Girl”.

The Carter’s made the song famous, but it was later covered by countless artists in many genres including Bob Dylan, Roy Acuff, Joan Baez, Jerry Lee lewis, Bill Monroe, and many more. In 1998, it was inducted into the Grammy Hall of Fame.

While we have heard many cover versions, none will be the same as The Carter Family’s version. It became a concert staple for Johnny Cash and June Carter once they began touring together.

Listen to their recording below and feel free to sing along! We know we did!