By Manly Bryant on November 2, 2017
Advertisement 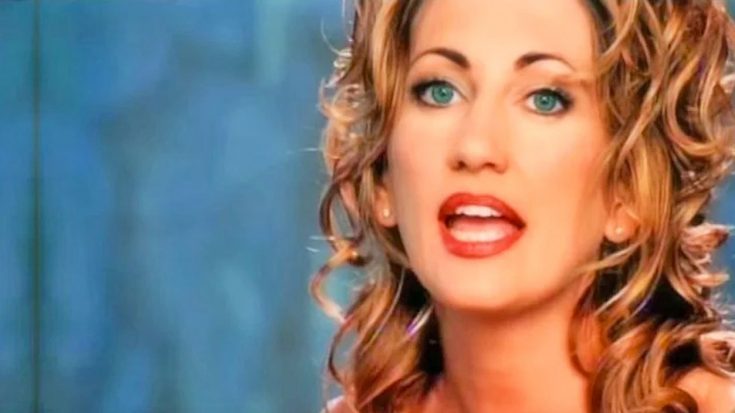 One of the biggest selling songs in the history of country music, this dazzling and iconic song made an incredible impression on everyone whom it touched.

Lee Ann Womack was just a young Texas gal when she first discovered her love for country music. It wasn’t too long after that, that she began helping her father (both a high school principal and radio disc jockey) choose which records to play on air.

From there, Womack quickly began to set her sights on a career in country music and moved to Nashville, Tennessee where she began to study the commercial ways and business side of the tricky music industry.

When Womack returned to the music industry after taking a break to raise her children, she flexed her impressive songwriting muscle in the Nashville area and cut a few demos – this was the first step for her on the way to complete superstardom!

It was the release of her third studio album in May 2000 that Womack struck gold with listeners across the entire globe. The album, I Hope You Dance, delivered three singles total – one of which would launch her into nearly every radio station in the country.

Womack’s signature song and biggest hit to-date is the title track of the album and has gone from being just a twinkle in someone’s eye to a mega-hit across the globe.

“I Hope You Dance” became an almost instant No. 1 hit on the Billboard U.S. Hot Country Songs chart, and worked its way over to the Billboard Hot 100 and Canada Country Tracks, while simultaneously charting in at least five other countries.

Selling millions of copies, this song earned Womack a seemingly endless number of awards and recognition – even though it’s been around for almost two decades!

Womack and her signature world hit won the 2001 CMA Award, ACM Award, NSAI Award, ASCAP Award, and BMI Award variants for “Song of The Year.” She also took home a Grammy Award in 2001 for Best Country Song and was nominated for Song of The Year as well.

Even the Recording Industry Association of American named “I Hope You Dance” one of their “Songs of the Century.”

In a review of the song, Billboard editors praised Womack’s work on the album, saying, “This is a career record. yeas from now, when critics are discussing Womack’s vocal gifts and impressive body of work, this is a song that will stand out. It’s one of those life-affirming songs that makes you pause and take stock of how you’re living.”

And they were absolutely right! Watch the heart-stopping video for this timeless classic below and let us know how this song’s immeasurable influence has affected you!