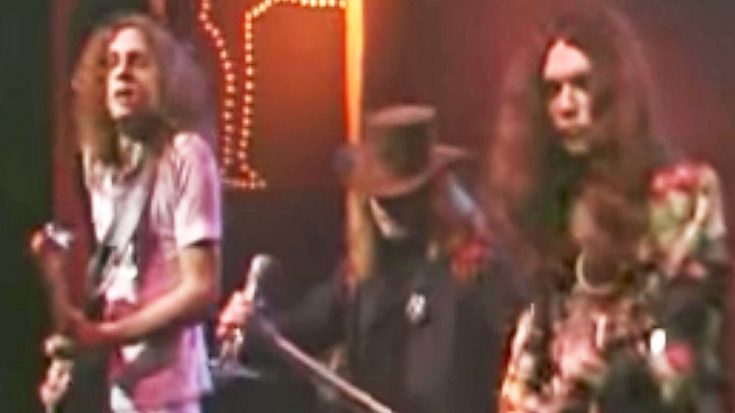 Almost anyone out there could name at least one Lynyrd Skynyrd song. But true fans of the band know of tracks other than “Free Bird” and “Sweet Home Alabama.” The most devoted fans are able to name every track off of an album, even if history has happened to pass them by.

One Skynyrd song that never reached mainstream popularity was “Every Mother’s Son.” Featured as the second track on Gimme Back My Bullets, the song went relatively unnoticed in comparison to others such as “Double Trouble” and “Searching.”

But true Skynyrd fans saw the value in the song, and so did one famous rock musician. That musician was J Mascis, who is known as the lead singer and a guitarist for the alternative rock group Dinosaur Jr. In 1996, Mascis released a solo album containing a cover of “Every Mother’s Son,” thus introducing the song to a new generation.

Written by Skynyrd guitarist Allen Collins and lead singer Ronnie Van Zant “Every Mother’s Son” has an important message that all should listen to. In the song, Ronnie sings of how no one has really “got it made,” no matter how much money or how many lovers they have.

Ronnie issues a continuous warning to people who falsely believe that they are untouchable, singing of how he has watched many a man hit rock bottom after he had been on top of the world. Through the chorus, he speaks of how urgent his message is, saying it’s one that “every mother’s son” needs to hear.

Back in 1975, Skynyrd travelled across the Atlantic to perform on the British television music show The Old Grey Whistle Test. Gimme Back My Bullets hadn’t even been released at that time, so Skynyrd’s Old Grey Whistle Test performance marked the first time many got to hear “Every Mother’s Son.”

As you would expect, the entire band cranked out an intriguing performance filled with endless displays of talent. They sure did give those folks over there a good taste of what Southern rock is all about!

Tune in below to watch Skynyrd show off their stuff with this throwback performance of “Every Mother’s Son.” This is the kind of old footage we can never get enough of!