The Reason Tim McGraw Was Mad At This Country Group 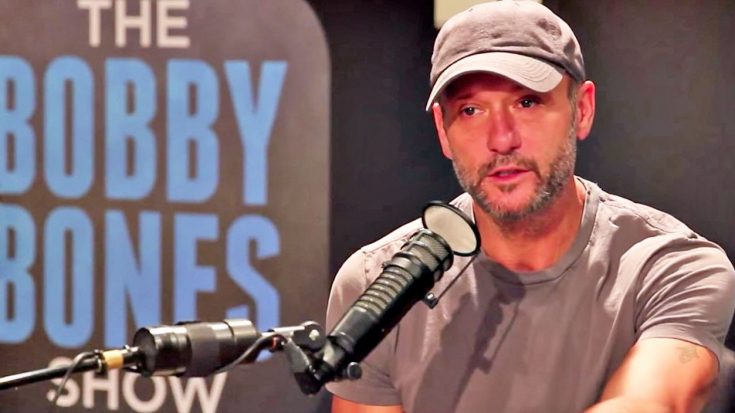 Feuding is rare in the country music industry, but sometimes it happens between various artists for different reasons – thankfully, Tim McGraw isn’t one of those artists to feud with anyone, but that doesn’t mean he never gets upset by something.

At the recent 52nd Annual ACM Awards in Las Vegas, Tim McGraw expressed his discontent with something that fellow country music group, Little Big Town, had done with their newest record, The Breaker.

The album, which features a stunning collection of music written by talented songwriters like Natalie Hemby, Hillary Lindsey, TJ Osborne, Taylor Swift, and one of Tim McGraw’s favorites – Lori McKenna.

McKenna, who penned McGraw’s super-hit, “Humble and Kind” has been recognized throughout the music industry for her incredible talent as a songwriter and has earned awards for her work throughout the years.

In a chance meeting with Little Big Town’s Jimi Westbrook, McGraw took things to a whole other level – expressing his frustration directly to the band member. Talking to Billboard, Westbrook explained exactly what happened.

“I was strolling off, and Tim McGraw is standing there and he was like, ‘Damn you. I wanted that song.'” Westbrook said about their new single, “Happy People”.

The single, which was penned by Lori McKenna, was a track that clearly McGraw really wanted to cut on his album, but Little Big Town got to call dibs on it.

“And I said, ‘You got the last one, buddy. We’re even’,” Westbrook recalled telling McGraw – referencing his own McKenna-written hit, “Humble and Kind”.

The new hit, which is clearly something in a similar tract as “Humble and Kind” is all about simplicity but provides a profound message.

“People’s lives are hectic, and it seems that social media has made it so easy to tear people down with anonymity,” He told the publication. “People feel free to hurt and drag people down to make themselves feel better for whatever reason, and I’m just tired of that.”

“Treat people how you want to be treated.”

The song is a great choice for the foursome group, but we’re very curious what it would have sounded like if McGraw got to put his own spin on it. Fingers crossed he will cover it one day and we can all find out!

Check out Little Big Town’s acoustic session of their new single, “Happy People” in the video below and let us know what you think in the comments.