‘The Rock’ Spills The Beans On Who His Favorite Country Artist Is…Can You Guess Who? 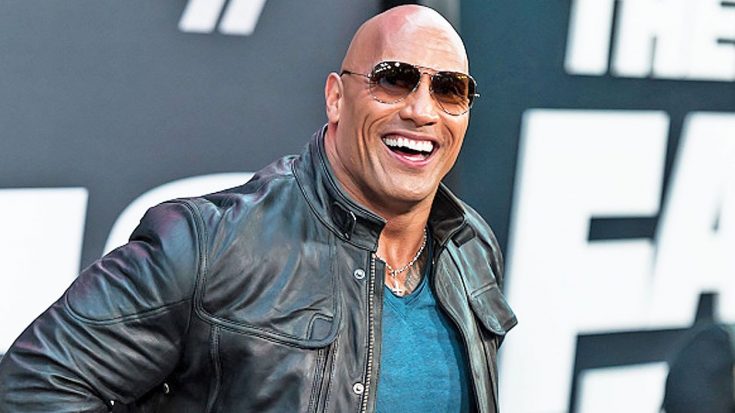 Turns out the reigning “Sexiest Man Alive” loves country music, or one artist in particular for that matter! Dwayne “The Rock” Johnson met up with PEOPLE magazine to discuss everything from the last thing he googled all the way to the last song he had stuck in his head.

After the actor hysterically revealed the last thing he googled was “Dwayne Johnson Sexy,” the 45-year-old actor went on to discuss the last song he had stuck in his head was music by none other than rising country star Drake White!

“The last song I had stuck in my head is,” began Johnson. “There’s a country artist, his name is Drake White, and it’s called “Makin’ Me Look Good Again.”

Smiling ear-to-ear, the actor then broke out singing White’s infectious tune, moving and grooving along to the sound of his own voice. “Makin’ Me Look Good Again” is featured on the country singer’s debut studio album Spark.

Since hitting the music scene with the 2011 debut of his self-released album, 50 Years Too Late, White has climbed the Nashville ranks, opening for some of the biggest names of the genre including Eric Church and Luke Bryan.

You can watch the full interview below!