By Miranda Raye on December 18, 2017
Advertisement 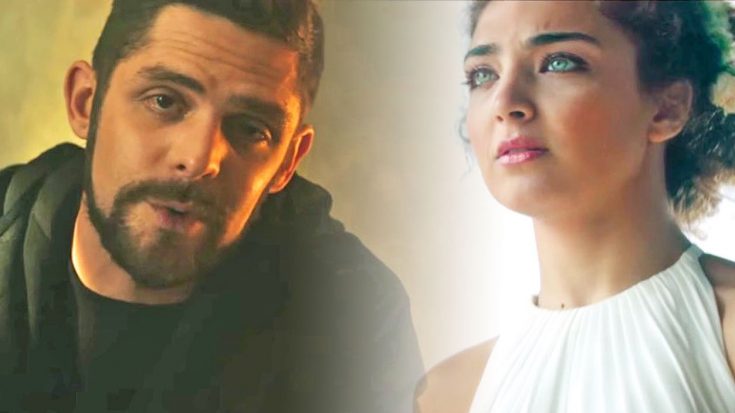 Today, Thomas Rhett and his wife Lauren Akins are known as one of the cutest couples in country music. Country fans fell head over heels for the couple, especially following the success of Thomas’ hit love song, “Die a Happy Man,” which he was inspired to write because of his relationship with Lauren.

After that song became popular, fans started learning more about Thomas and Lauren’s journey together. The two had been friends since they were children, and were close all throughout school. Although they dated for a short time during those days, a romantic relationship didn’t pan out at the time. But they eventually decided to give it another go, and they have now been married for five years.

In 2017 the couple welcomed not one, but two daughters, the first being Willa Gray Akins, who they adopted from Uganda. Lauren, who works as a nurse with the organization 147 Million Orphans, met Willa while she was over in Uganda on a mission. She and Thomas fell in love with her right away, and began the adoption process.

While they were in the midst of that process, the couple learned that they were expecting their first child together, also a girl. Ada James Akins was born on August 12, and joined Thomas, Lauren, and Willa at home.

Thomas and Lauren’s love story has enchanted countless country fans. But few realize that their love story almost never happened. This is something that Thomas explains in his heart-tugging new single, “Marry Me,” as well as its accompanying music video.

During an interview with Taste of Country, Thomas explained that “Marry Me” is not as romantic as it sounds. In fact, it’s the song he wrote about what would have happened if he never told Lauren about his true feelings for her.

“If I had never told Lauren how I felt about her, I probably would have been at her wedding watching her marry someone else,” he said. “So, I wanted to capture that feeling of heartbreak in this video — and this really hits me in the gut.”

The music video for “Marry Me” focuses on a guy and a girl who have been friends since they were kids. As a young child, the girl dresses up like a bride and plans her dream wedding, while the guy looks on with absolute adoration.

As teens, the two show hints of wanting to be a little bit more than friends. But just as they are ready to kiss, they are pulled away from each other.

Since he missed his chance, the guy is left to watch the girl marry another man. He turns to alcohol to cope, as he’s completely overwhelmed with sadness and regret.

We won’t spoil the rest of the video for you, because there’s a surprise twist at the end. You need to see it for yourself, because it’s sure to throw your heart for a loop.