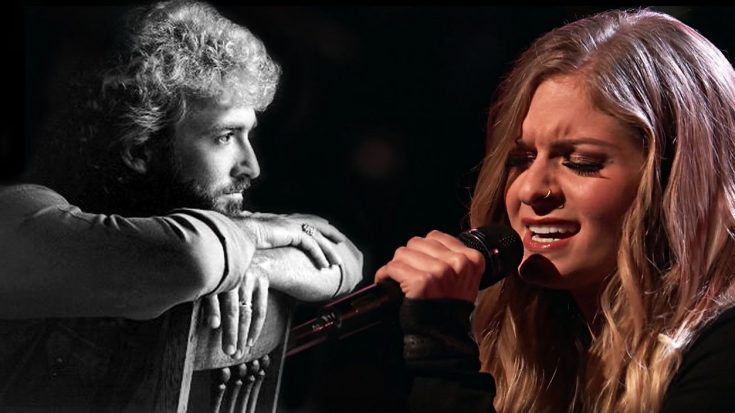 NBC‘s The Voice was graced with a passionate performance of a Keith Whitley classic, sending the audience to an emotional breaking point as contestant Lauren Duski used her chilling vocals to revamp the classic. A vision of beauty in her simple, yet elegant, attire, her performance was anything but ordinary as her sweet vocals kicked off a performance that is sure to maintain its power!

The 25-year-old started her performance soft and serene, enticing her audience with her angelic vocals and chillings riffs. However, as her performance continued, Duski strategically unleashed her powerhouse vocals to bring an explosion of talent to her lyrics, soulfully singing, “The smile on your face lets me know that you need me/ There’s a truth in your eyes saying you’ll never leave me/ A touch of your hand says you’ll catch me if ever I fall/ Now you say it best when you say nothing at all.”

While the song selection was a success for Duski, the tune was also an incredible climax in Whitley’s career. The song sat pretty at no. 1 on the Billboard charts for weeks on end, securing this legend’s timeless recognition and preserving his talent well beyond his years.

You can listen to Duski’s stellar performance by clicking the video below!