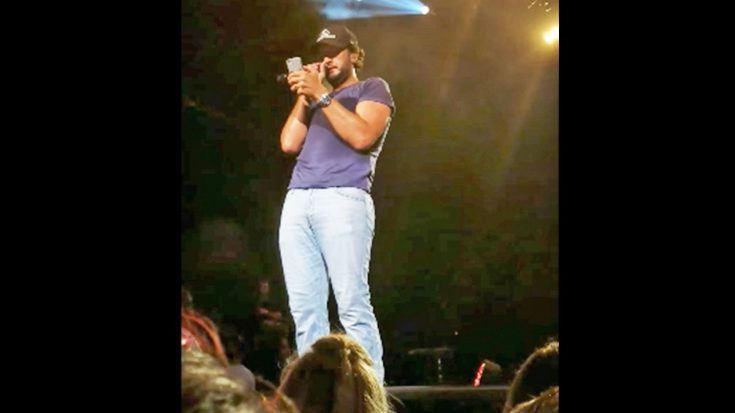 You never know what will happen when fans throw things at this country superstar! Since the beginning of his career, Luke Bryan has had countless bras – and occasionally even keychains thrown his way – but nothing quite compare to what went down at one of his most recent shows.

In the middle of his concert, multiple fans began hurling their phones at the country singer, Bryan even taking the opportunity to read out some of their most recent text messages.

“How much money are y’all makin’ around here where you can just throw frickin’ iPhones?” asked Bryan after multiple audience members aggressively threw their phones at him. “They’re weapons, you a**holes!”

“If you take your top off I can tell who you are right away,” joked the country singer before adding, “Hey y’all don’t YouTube that I said that. My wife would be really pissed.”

After getting the hilarious rant out of his system, the country singer broke into a performance of his sweet country ballad, “Play It Again.”