By Miranda Raye on January 8, 2018
Advertisement 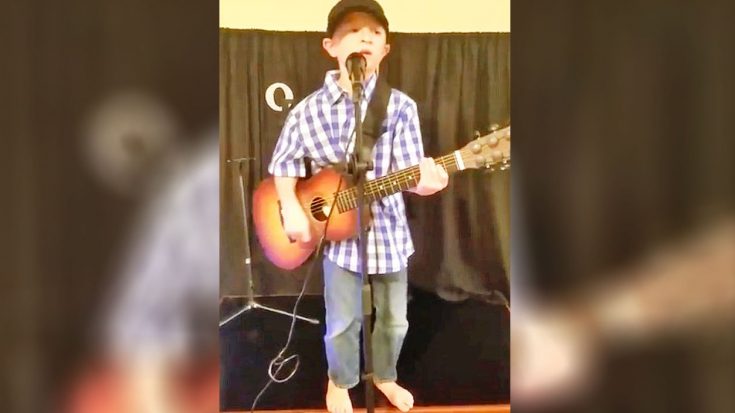 Some songs speak to us like no others can, and can tap into our deepest emotions with a single note or line. For some, Luke Bryan‘s “Most People Are Good” is one of those songs.

Released on his brand-new album What Makes You Country, “Most People Are Good” shares an inspiring message in the midst of troubled times. The song describes how even though there are bad people in the world, “most people are good.” It also calls for unity, with lines such as, “I believe we gotta forgive and make amends.”

Luke didn’t write “Most People Are Good,” but was easily able to connect to it nonetheless. While speaking to Taste of Country, Luke revealed that he felt such a strong pull to the song that he almost made it the first single off of What Makes You Country.

It turns out that Luke wasn’t the only one who felt a powerful connection to the song. He said that his mother cried into a paper towel the first time he played the song for her, especially when she heard the line, “most mamas ought to qualify for sainthood.”

A tender song such as “Most People Are Good” has an even stronger impact when heard through the voice of a child. One seven-year-old boy named Owen bravely shared his cover of the song, and won the hearts of country fans in the process.

Standing on his tiny stage in bare feet, Owen proudly started to strum along on his guitar to a recording of “Most People Are Good.” Without hesitation, he stepped up to the microphone and started singing along with Luke. His voice is sweet as sugar, but also powerful. He sang with a great sense of passion, which made his performance all the more adorable.

“Most People Are Good” was already a heartwarming song in its original form. But there’s something about Owen’s childish innocence that makes it all the more meaningful when he sings it. You’ll understand what we mean once you watch him sing in the clip below.

This is as precious as can be! We hope Luke ends up watching this!