This Country Song Was BANNED From Radio Play, But Now The Lyrics Are EVERYWHERE

By Jennifer Pernicano on July 15, 2016
Advertisement 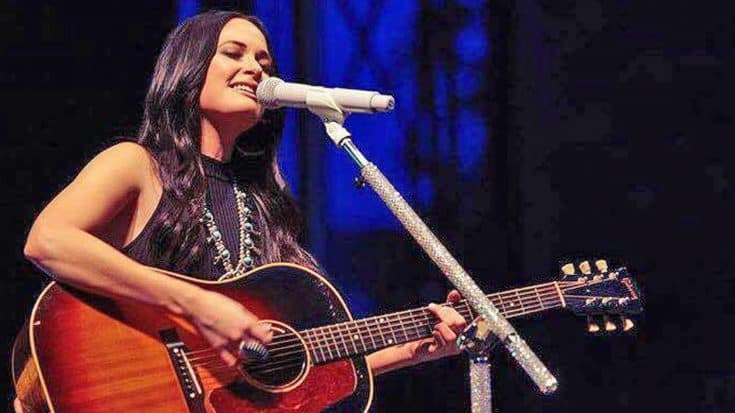 At the 2013 CMAs, a lyric from Kacey Musgraves‘ “Follow Your Arrow” was censored during her live performance.

For the next few months, Musgraves would have to go to battle for her catchy and honest tune to more than a few people.

Some deem Musgraves’ lyrics that tell girls to “kiss the boys” or “kiss the girls if that’s what you’re into,” did not go over well with the head honchos at country radio.

“I wish I could play that song on my station,” a programmer told Billboard in an interview.

Many other radio programmers agreed with their sentiment and refused to play “Follow Your Arrow” due to its “racy” lyrics.

“This is not only pushing the envelope, it’s where the envelope gets mailed to,” Mike O’Malley, a programming consultant with Albright & O’Malley & Brenner, told Billboard.

Musgraves has pushed the envelope on more than one occasion, but this time, she’s come out victorious on multiple occasions.

“Follow Your Arrow” won the 2014 CMA Award for Song of the Year, which is one of the biggest awards you can win as a songwriter.

Friday (July 15), Musgraves was able to celebrate another “win” for her envelope-pushing song. Her lyrics are now featured on a Coca-Cola bottle for their “Share a Coke and a Song” campaign.

Although some programmers may have thought country radio wasn’t ready for this song, it’s definitely been proven that the world was.

“It might be something you pass at the store everyday without noticing, but it’s a reminder that my words have stretched further than I ever could have imagined being possible. So, CHEERS. To standing up for what you believe in,” she wrote.

Listen to the song below.