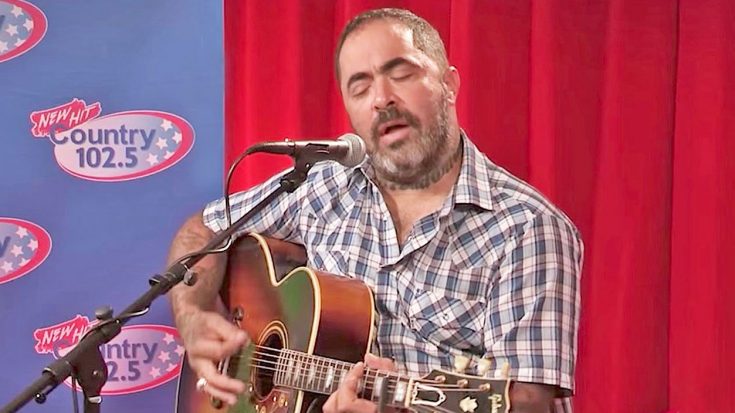 We’re sure you know the feeling…every now and then you come across a song that hits you like a ton of bricks. The emotional weight of the song weighs on you, as you can either relate to its lyrics directly, or at least are able to connect to them in some way.

Such a song appears on Aaron Lewis‘ 2016 album, Sinner. While plenty of the tracks on the country chart-topping album pack an emotional punch, none does more so than a song called “Mama.”

Lewis wrote “Mama” entirely on his own, as he did with most of the songs that appear on Sinner. Speaking before a performance at Boston radio station New Hit Country 102.5, he explained his personal connection to the song.

“This is a song that I wrote that I…it’s a bunch of things that I probably should have said a long time ago,” he said.

The song starts with Lewis singing about how he disregarded the advice given to him by his parents, and ended up traveling down a road full of mistakes. By the end of the song, Lewis is in the middle of a conversation with a preacher, who says he fears he can’t be saved.

Lewis openly admits that he’s been a bit lost, singing, “Mistakes I’ve made, consumed by some, till there’s nothing left of me when all is said and done.”

Reading the lyrics alone is enough to make you feel the weight behind them. But their true power emerges once Lewis sings them.

That power can be seen in his performance of the song at New Hit Country 102.5. The performance is so haunting that it’s sure to rip your heart to shreds. That’s a pretty solid indication that Lewis wrote himself an unforgettable song.