This One’s For The Troops: Skynyrd Dedicates ‘Simple Man’ To U.S. Military At 2012 Concert 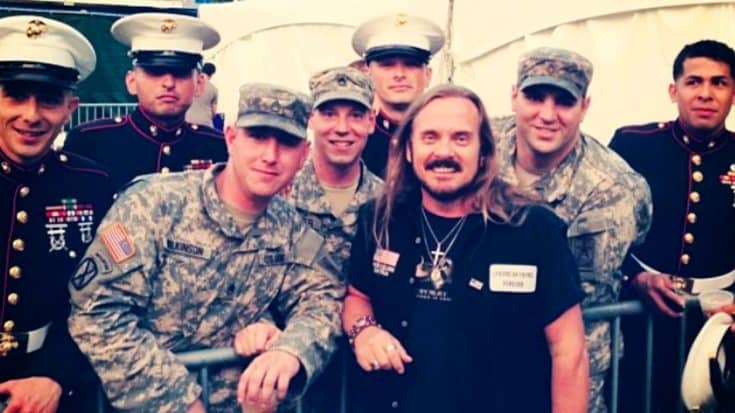 Time and time again, Lynyrd Skynyrd has proven that they will always have the backs of our nation’s military.

From their patriotic song “Red White & Blue” to their countless tribute concerts, Skynyrd isn’t afraid to voice their support for our troops.

Although the Jamboree in the Hills festival in Ohio is not a tribute festival, Skynyrd still found the time to honor the troops during their performance there in 2012.

Addressing the crowd, lead singer Johnny Van Zant wanted to make it clear how much Skynyrd loves our country and those who serve it.”Some of our folks are in harm’s way,” he said, “and hey we are real, real, real big supporters of our troops, and their families.”

Dedicating An Old Song To Men & Women Who Served

Johnny went on to add that he wanted everyone to sing along loud and proud to the next song they were about to play. Then, he revealed that Skynyrd would be performing that song in honor of the U.S. military:

“This goes out to our troops and to their families no matter where they are tonight. May God bless each and every one of them. Amen.“

With that, Johnny and the rest of the band moved into one of Skynyrd’s most iconic songs, “Simple Man.”

The group ended up delivering a powerful performance fueled by raw emotion. What a tribute to our troops!

Tune in below to watch the full tribute. This is why they say Skynyrd is “America’s band!”