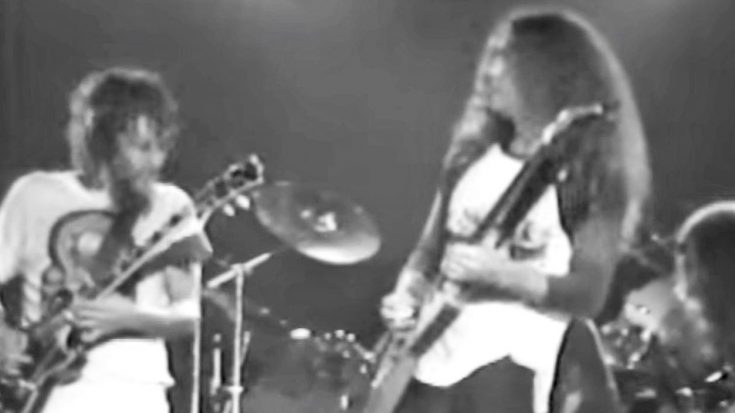 As awesome as a polished song can be, it’s equally entertaining to listen to an unfinished product. That’s why so many people are intriguied by their favorite artists’ unreleased demos and practice tracks.

Luckily for Lynyrd Skynyrd fans, there’s a nice batch of raw audio that was captured prior to their show in Sheffield, England on February 5, 1977. The audio was split into a series by YouTube user LynSkyn1981, with the third part of the series featuring a nearly 15 minute jam session.

As the clip opens, we hear the members of Skynyrd rocking out to an untitled and unknown jam. Eventually, the group moves into playing the song “You Got That Right,” which lead vocalist Ronnie Van Zant and guitarist Steve Gaines co-wrote.

“You Got That Right” was a monumental piece of Skynyrd history for one big reason. It was one of few songs to feature someone other than Ronnie on lead vocals, as he and Steve sang the song together.

But the audio from the band’s 1977 soundcheck doesn’t feature any singing, just guitar playing. It’s likely that Ronnie and Steve wanted to save their voices for the show, rather than waste all of their energy on the soundcheck.

Even though there’s no singing involved, the audio of Skynyrd’s soundcheck should still be music to your ears. Tune in to it in the clip below!

Who else loves hearing Skynyrd play in raw form like this? We can’t get enough!