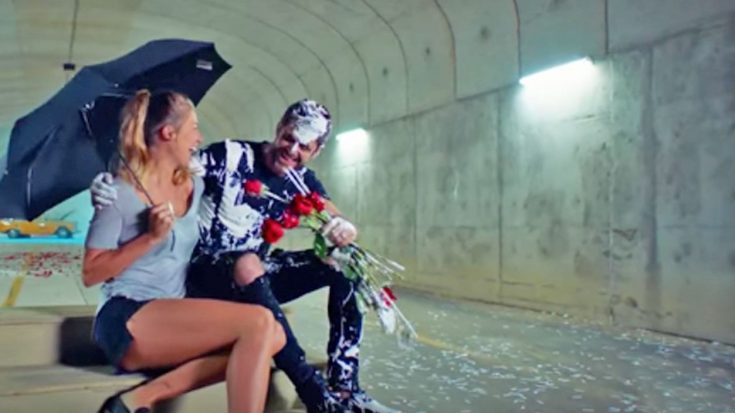 Before Thomas Rhett had any hits on country radio, he always made sure he played one certain song at every show.

“Star of the Show” was the first song he wrote about Lauren, his wife of four years, right after they were married in 2012. He never got around to recording it, but once fans continuously requested it at live shows, he added it to the deluxe edition of his second album Tangled Up.

He is pretty successful at releasing love songs about his wife. His song “Die A Happy Man” pretty much won every award possible from the CMA Awards, ACCAs, BMI Awards, Billboard Awards, American Music Awards and more.

“Star of the Show” is on its way to being Rhett’s fastest rising single, and for good reason! It’s upbeat, catchy, and about someone we all love – his wife, Lauren!

Directed by TK McKamy, Rhett spends the entire video walking toward the camera and walking into still images of himself starting new actions like playing the guitar, drums, catching roses, running out of the way of blue paint, and getting hit with white paint.

At the very end, Lauren joins him on a set of stairs. She has the right idea to bring an umbrella because someone throws another bucket of white paint at them! Lauren finishes the video pretty clean, but Rhett is completely covered!

Watch the video below!